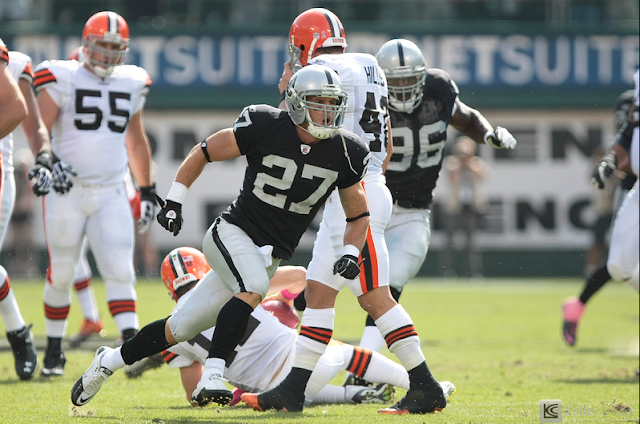 Headed over to O.co Coliseum for the Raiders vs the Browns. 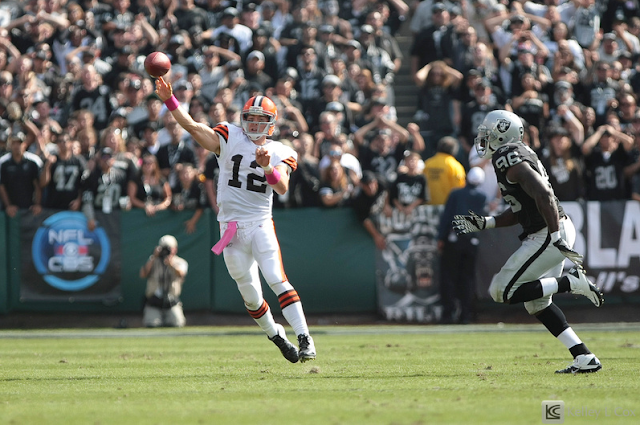 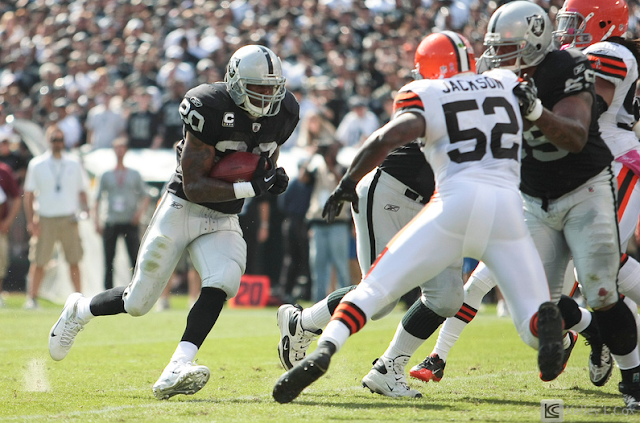 The first home game since the passing of Raiders owner Al Davis. And Raider Nation was out in full force to pay their respects. 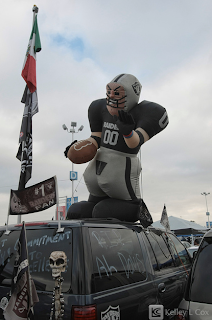 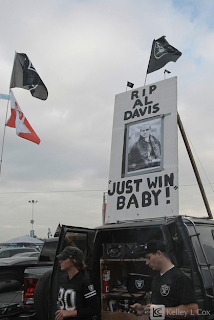 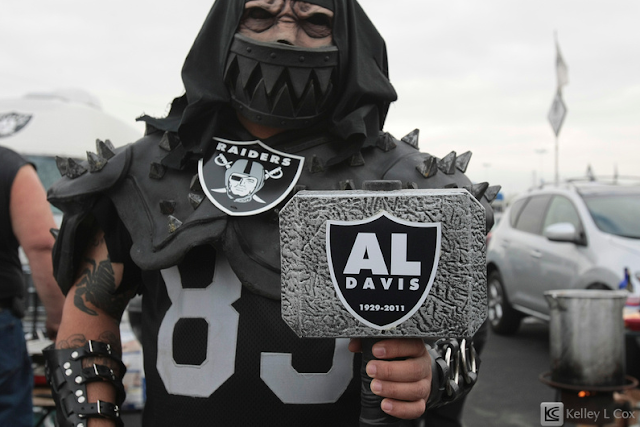 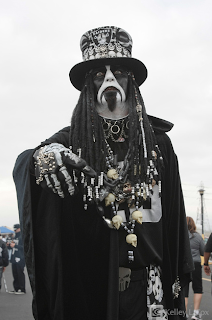 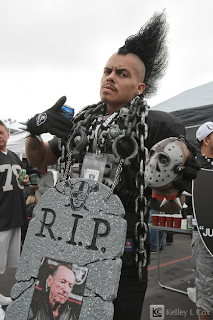 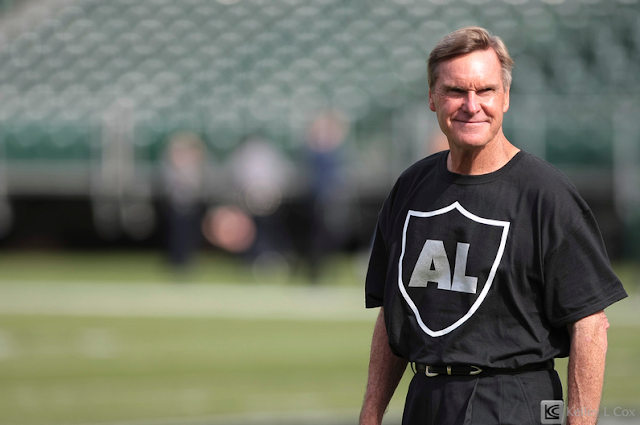 And Al Davis's son, stood strong as he takes on a new, big, and legendary role with the Raiders. 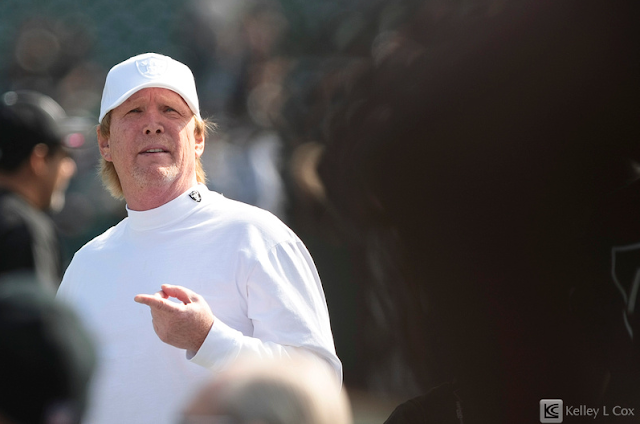 An injury to quarterback Jason Campbell took him out of the game. 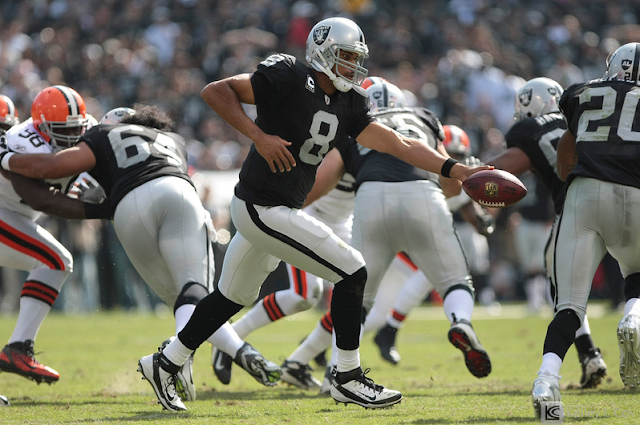 Placing Kyle Boller into the pocket with Terrelle Pryor ineligible for the first five games of the season. 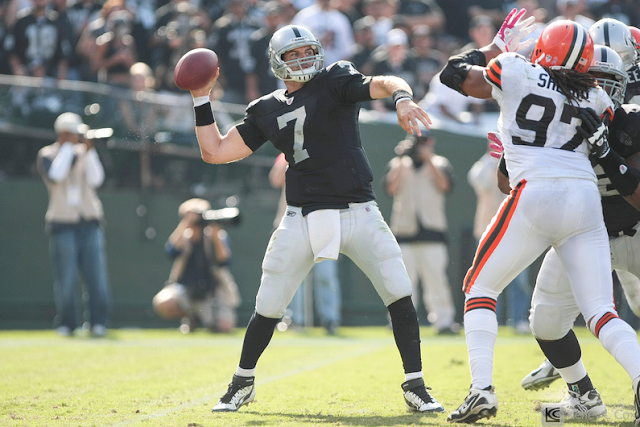 But the passer who stepped up? Punter Shane Lechler. 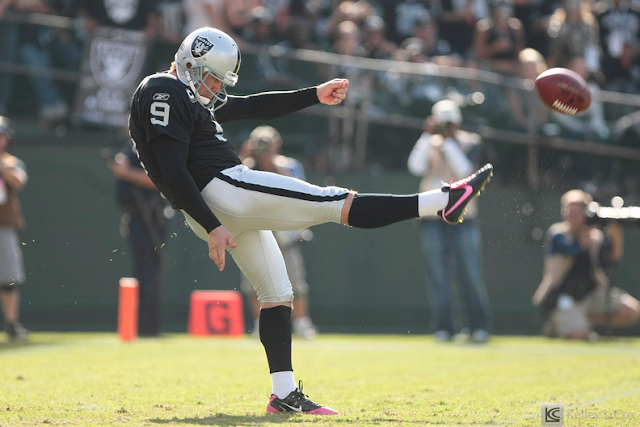 Who, in the third, faked the punt and passed the ball to Kevin Boss, who was unstoppable into the endzone. 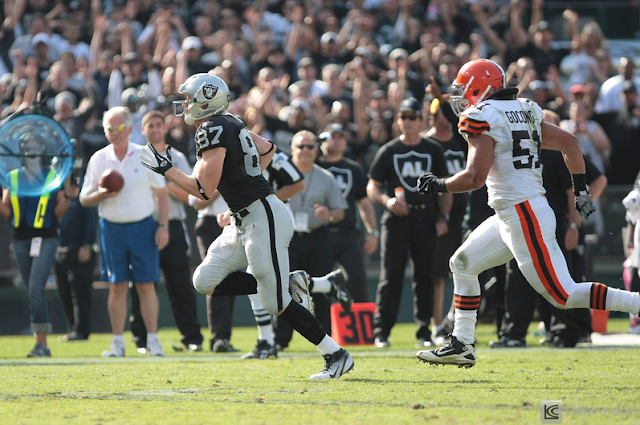 The Browns didn't give up. Even catching the on-side kick! But it wasn't enough as the Raiders defeated the Browns 24-17. 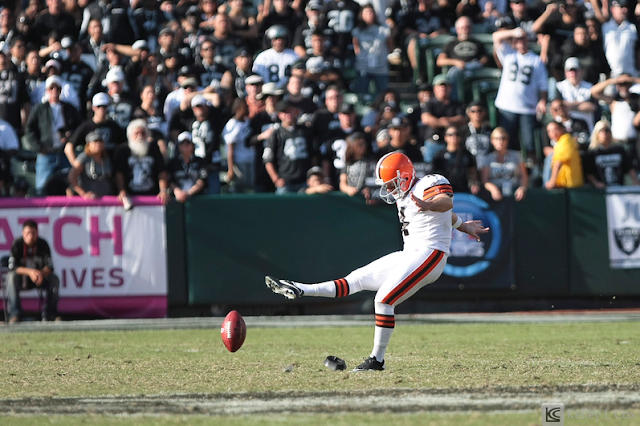 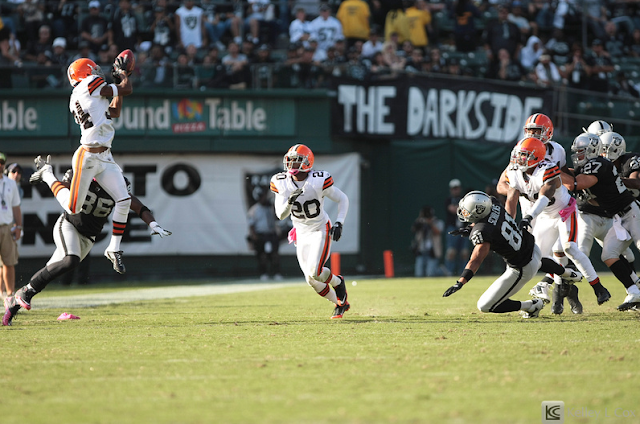 Also, exciting for me, spotted two Cal Bears, Scott Fujita. Though his career at Cal was before my time, I had captured him at a basketball game after his 2010 Super Bowl Championship with the Saints. 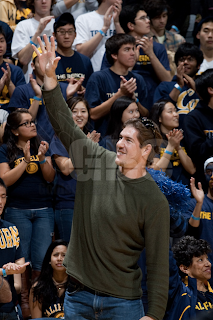 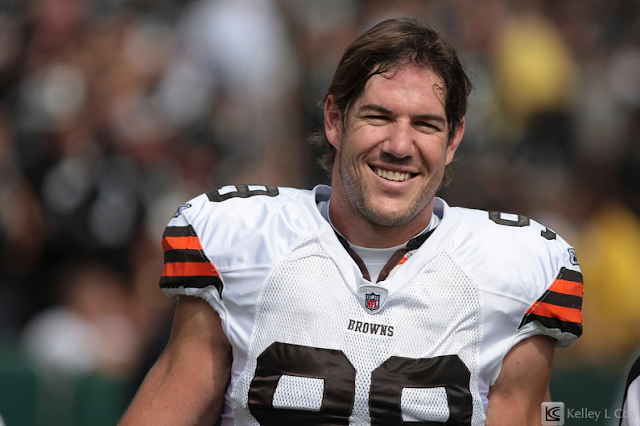 And Alex Mack, who was part of my era while covering Cal and even a fellow classmate in one of my education classes. 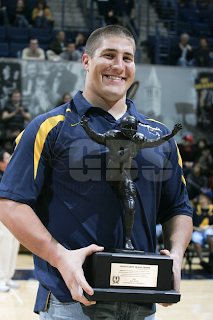 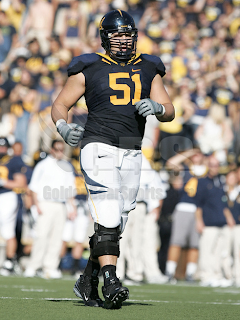 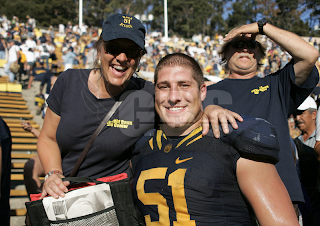 Incredibly intelligent, good head on his shoulders, and super nice... even when my dad (a center himself in high school) approached him in the Apple store "I'm Kelley's dad!!" haha. Go Bears! 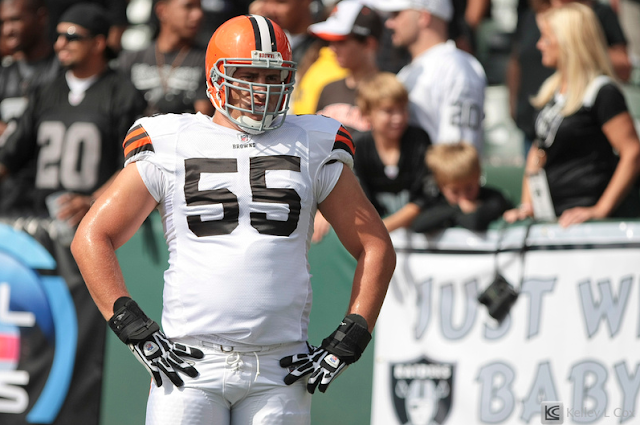