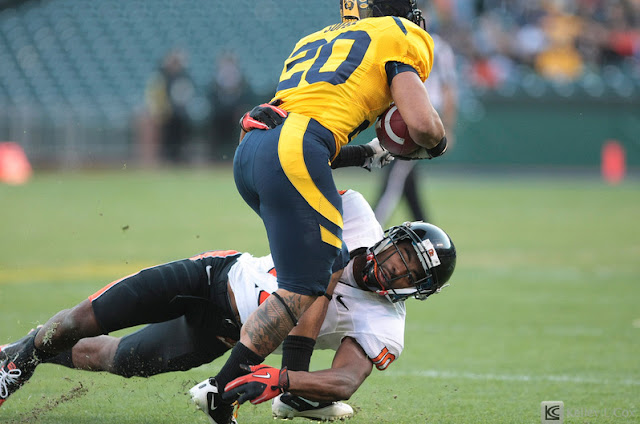 While everyone was focused on the Stanford-Oregon game, I headed over to AT&T Park for the final home game of Cal football. 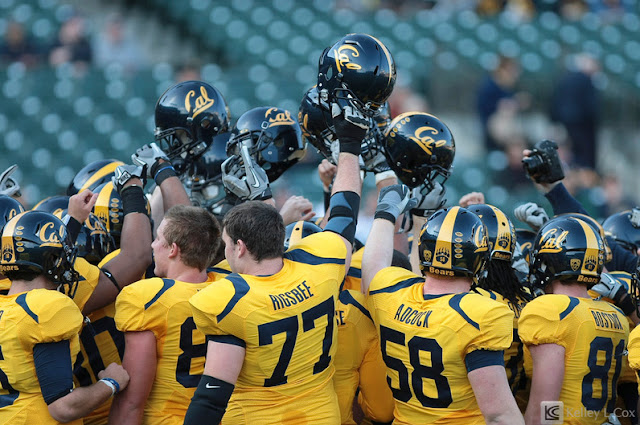 I had my list of guys to photograph on each team. One being Oregon State's Lance Mitchell. 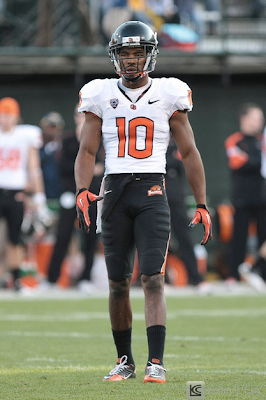 I got my clean vertical shot just to make sure I had something of him. But then he ended up being in a lot of my photos. Especially as he tried to stop Isi Sofele who ran for a career high 190 yards! 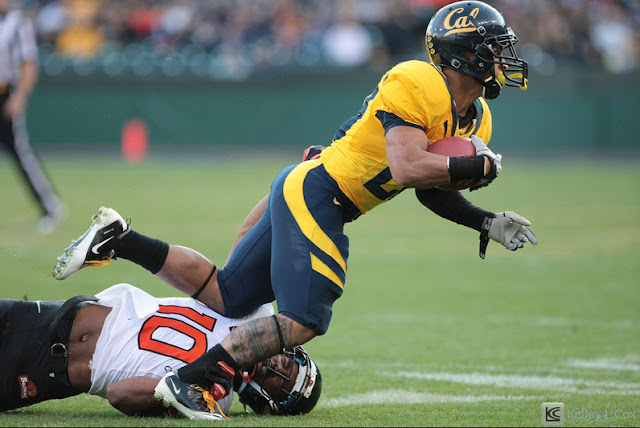 Though it's good to have a list of who to be sure I capture images of, a lot of times I feel better served just shooting the action of the game and counting on the fact that (apart from linemen) if this guy is a super star player, he's going to be in a lot of my shots anyways, so I shouldn't be distracted from covering the game to make sure I cover specific players. 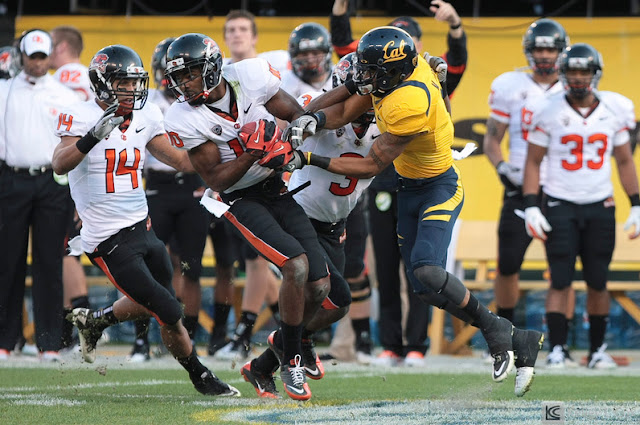 But Lance Mitchell's defense wasn't enough to stop the Golden Bears who outscored them 23-6. 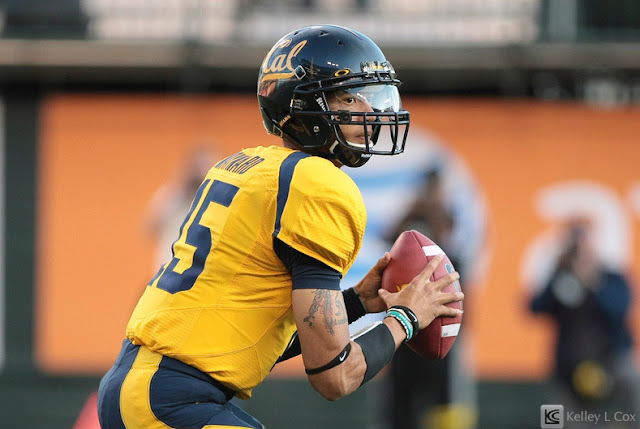 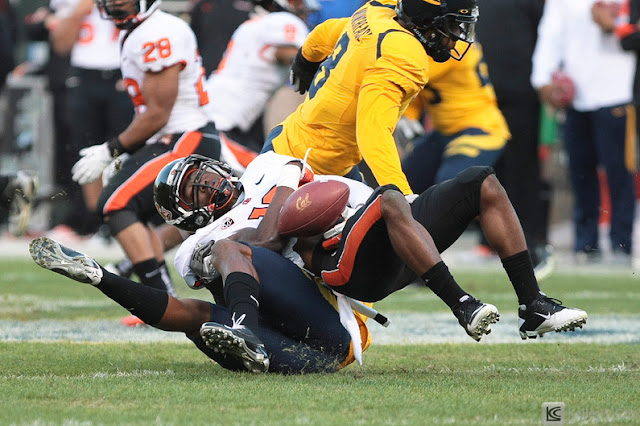 Including a nice catch by Michael Calvin who caught his first career touchdown, on senior day, as a fifth year senior. Nice! 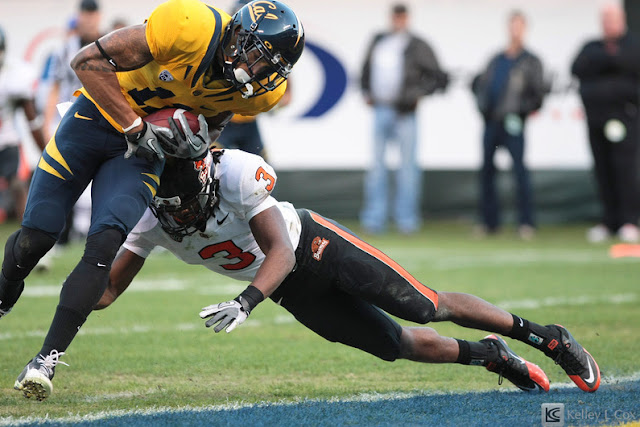 And Keenan Allen made a beautiful diving catch. 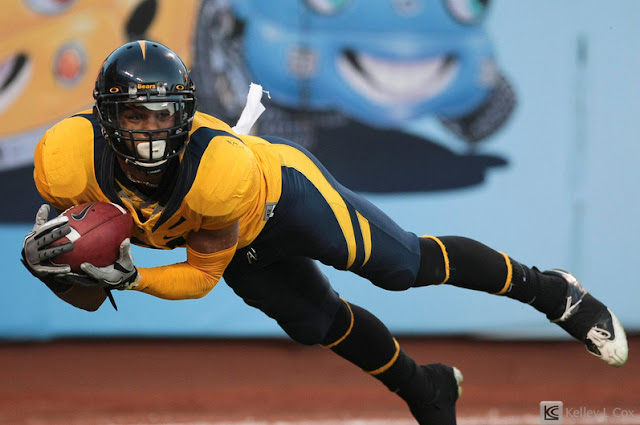 That he was unable to bring in. 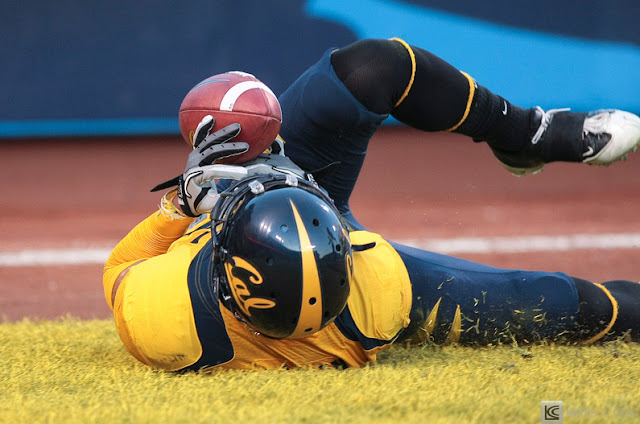 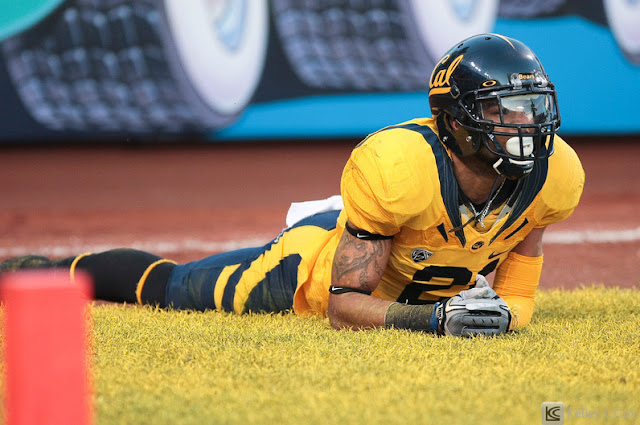 He still celebrated with Calvin as if it was his own touchdown. Always love to see that! 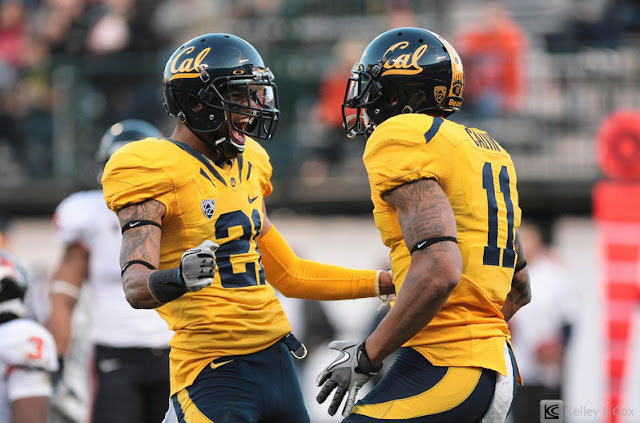 With OSU trying to get into the endzone Williams forced a great pop to D.J. Campbell who was able to pick up the ball for a timely turnover in the third quarter. 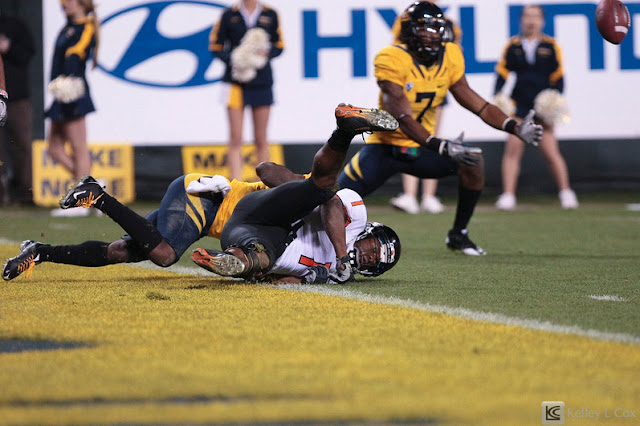 As the game came to a close, I realized I didn't have that much action of two guys on my list, Cal's Mychal Kendricks, and OSU Joe Halahuni. Then sure enough, Kendricks tackled Halahuni on the next play, thanks guys! 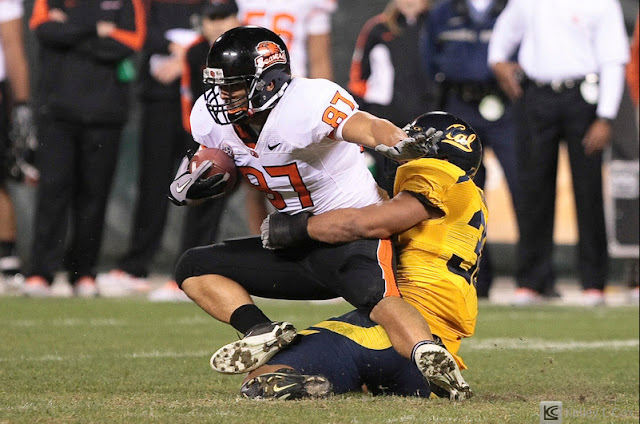