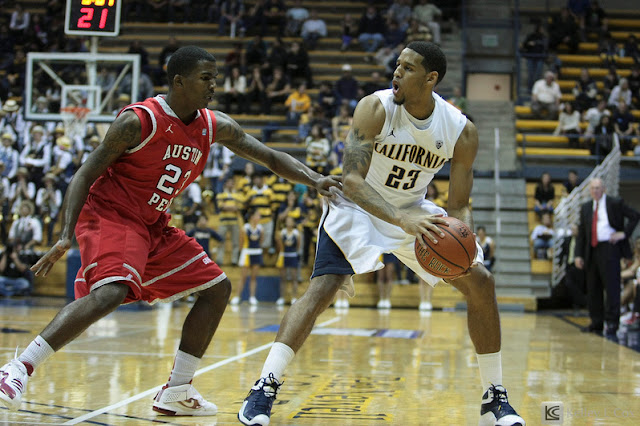 Headed over to Haas Pavilion for Cal Men's Basketball vs Austin Peay. 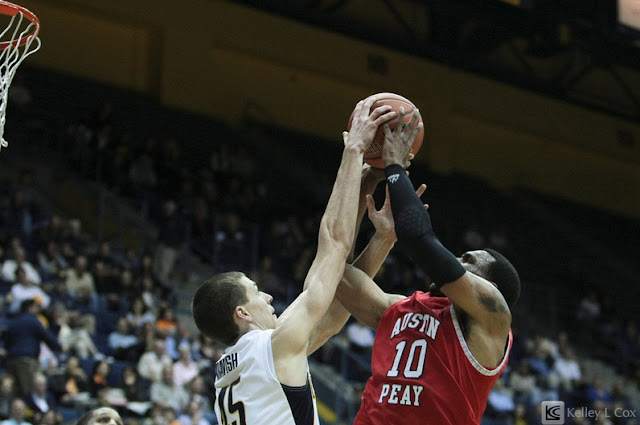 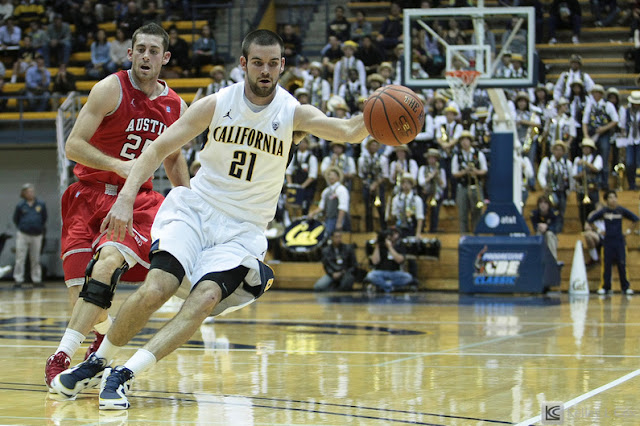 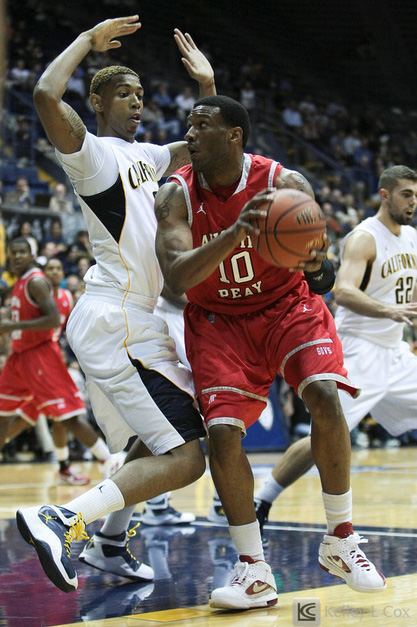 Though the second half wasn't quite as overwhelming, Cal was able to keep the lead for the 72-55 win. 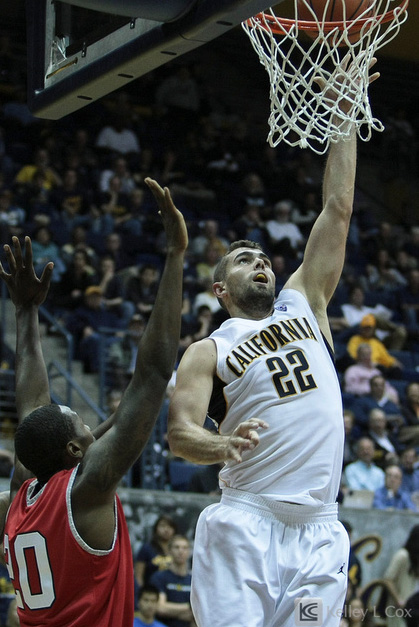 I got a good laugh because with US Presswire, they always request cheerleader shots. Which normally leaves me as the solo girl between a handful of people, taking pictures of the girls whipping their hair around. This game I thought I'd send a photo of Cal's new male cheerleader. 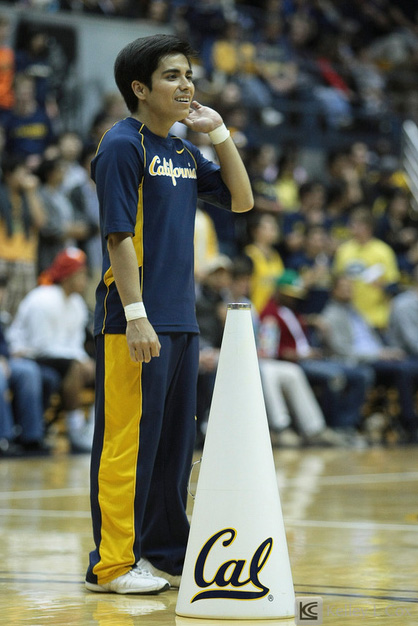 I think he's great because he does backflips, maybe Cal is one step closer to having a stunt team, my favorite (mainly based on a secret past as a cheerleader) 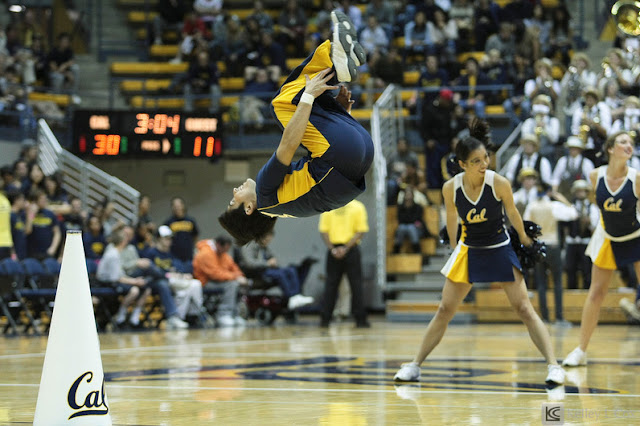 But, alas the editor on desk only ran my photos of girl cheerleaders. 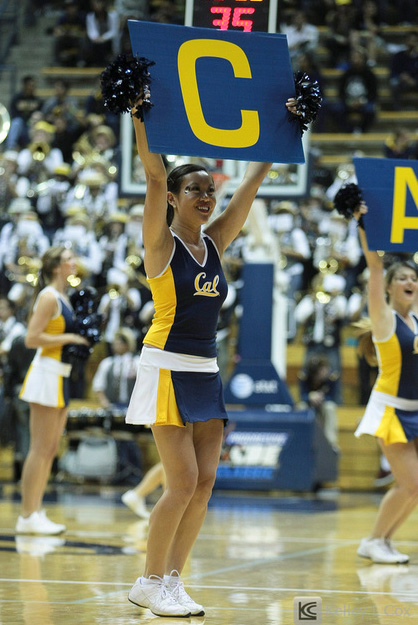 After Gary Franklin left Cal I'm impressed with how much Brandon Smith has stepped into the role. Taking the fast break to the rim, getting fouled and still making the shot. 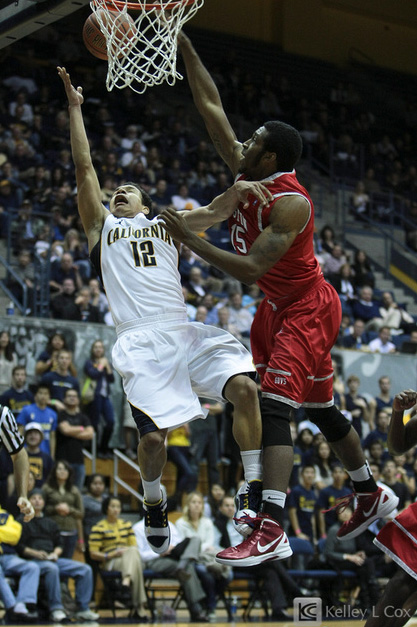 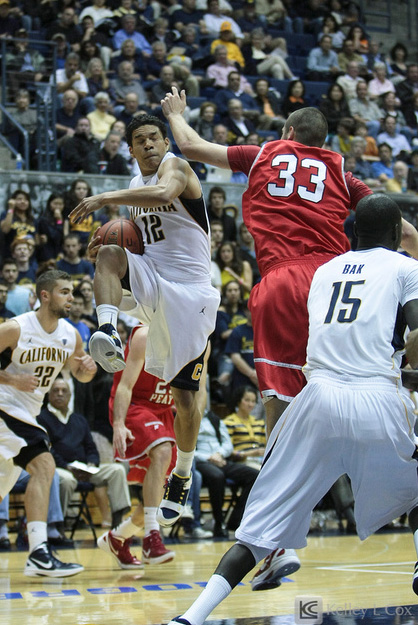 Of all the great recruits Montgomery has signed in his short time at Cal, I think his favorite is his first, a late recruit, Jorge Gutierrez who he signed May 08, a month after being announced as Cal's head coach. 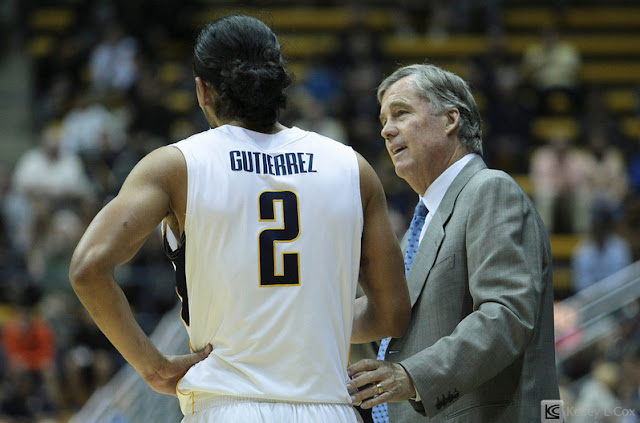 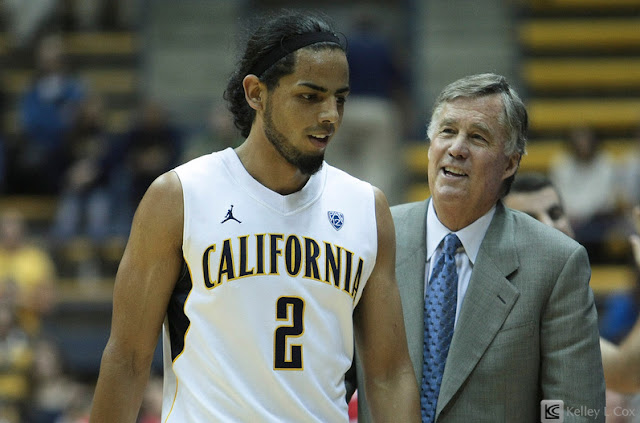