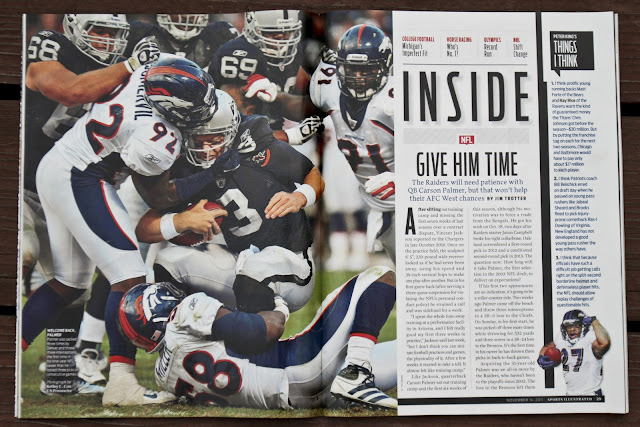 I received a text from my buddy, SI staffer, Peter Read Miller, that one of my photos was a full page in the iPad Sports Illustrated, with a "Way to go Kelley!"

I don't have an iPad, so I borrowed my sisters and saw my photo... so exciting! 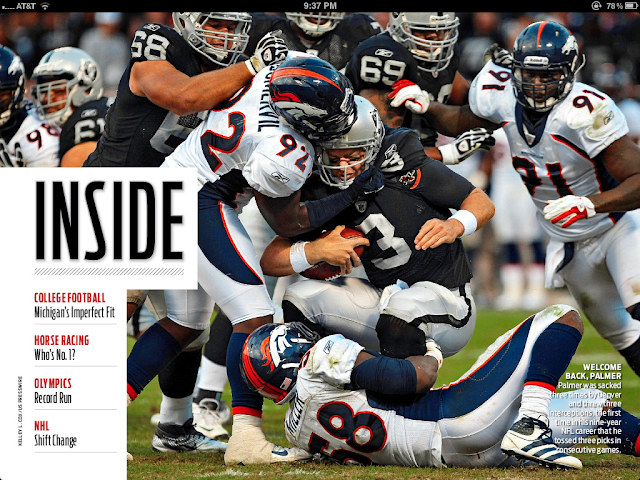 I immediately called my mom, who at 10pm went down to the mailbox to check if the magazine had been delivered yet, and I convinced her to open it and look for my picture, promising I wouldn't be thaaaat upset if it didn't make the magazine. But then "Oh my gosh Kelley, here it is!" 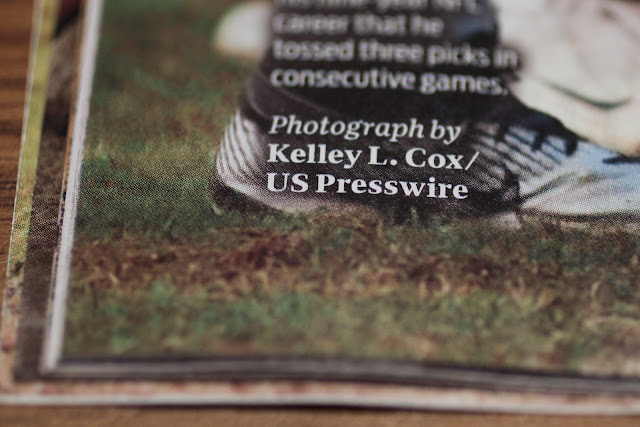 Between Cal Football and Niners, I hadn't had a chance to actually pick up the magazine and see for myself, but on Monday at Z's I told him how excited I was, he grabbed his edition, flipped through and found it! Not a double truck like in the iPad, but a solid page and some. Live in living color!

It's neat to think that a few years ago Michael Zagaris and Peter Read Miller were my two biggest idols who I had seen at a game or two but never had the courage to even say hi. And now, they are my buddies and despite having photos in Sports Illustrated on a regular basis (Z had a full page last week, and Peter had the lead off double truck in this same issue) they are two of the people most proud of me. Second of course to my mom who would be proud if I had scotch-taped my photo to the magazine, and my dad who is relieved that when I say I have a photo in Sports Illustrated, it's a photo BY me and not one OF me in the Swimsuit Edition ;-)