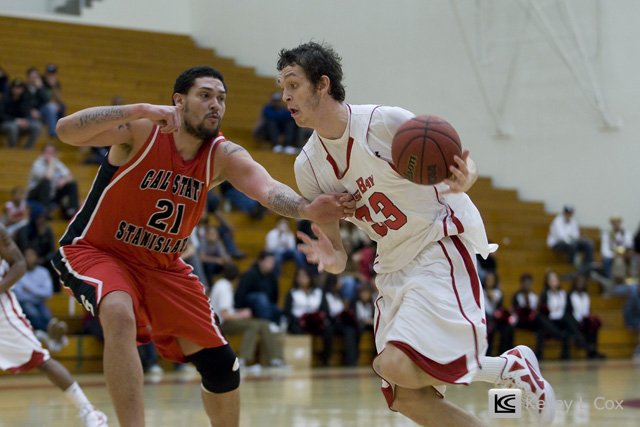 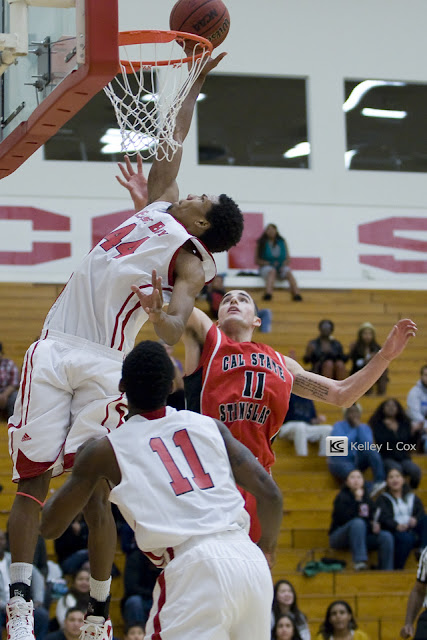 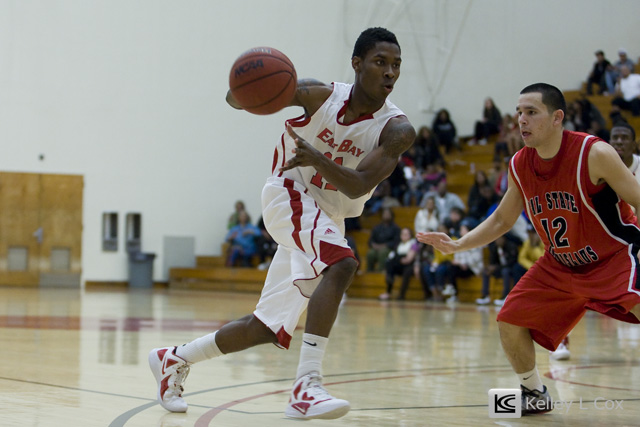 It's different for me to have the men and women play back to back but it's kind of nice because the fans who show up early, get to cheer on the end of the women's game... or attend both. 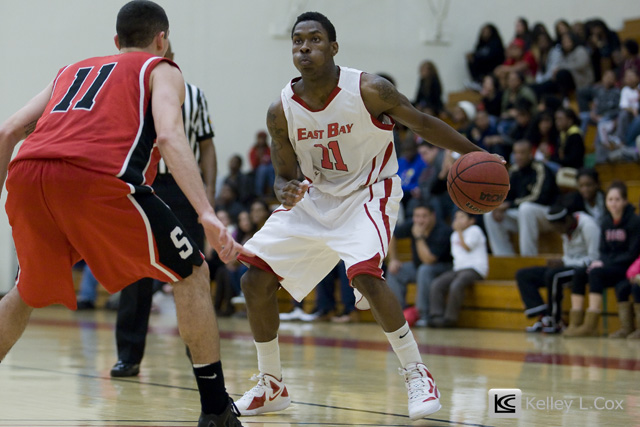 As the men got in their huddle and one player started chanting. I thought hmm, I wonder if I could get my wide angle in to get a shot of him. 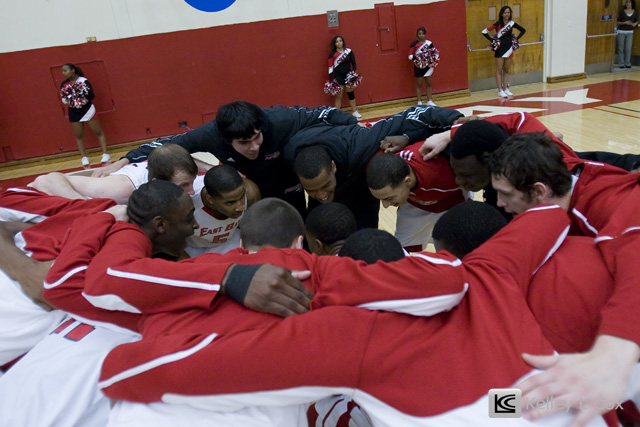 So I just reached my camera between two of the guys, and got the shot I was looking for. Sometimes shooting without looking works out! 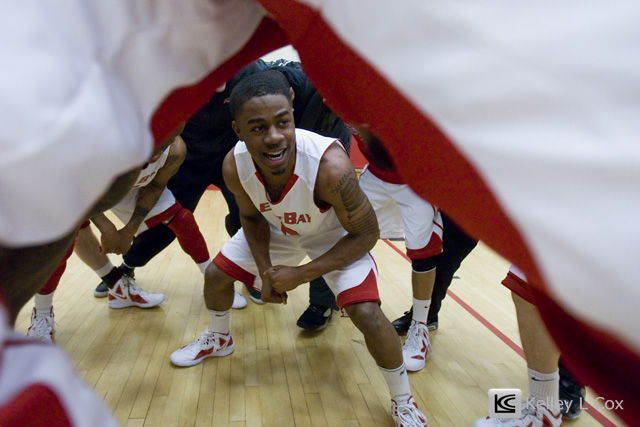 It was an exciting game, but my favorite competition was the musical blow up chairs. 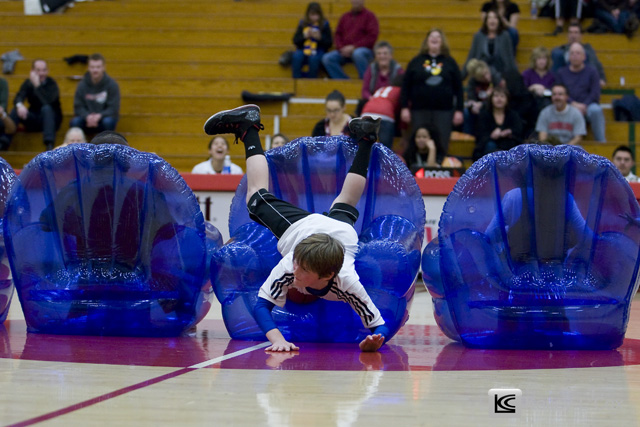 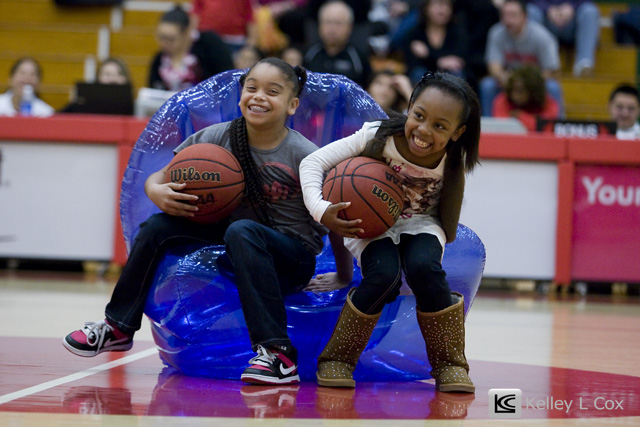 After a neck and neck game Cal State Stanislaus was able to pull away with the win over Cal State East Bay, 93-82. 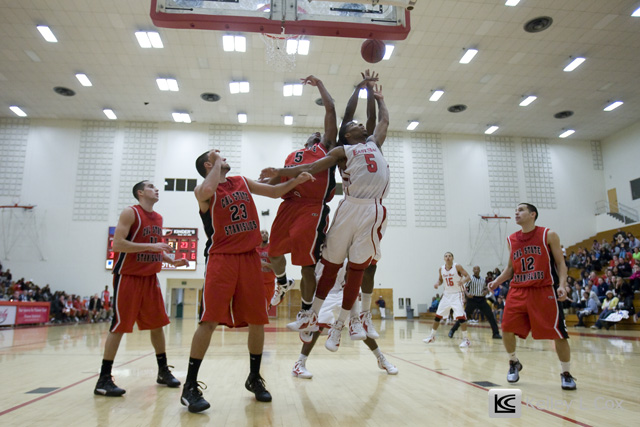