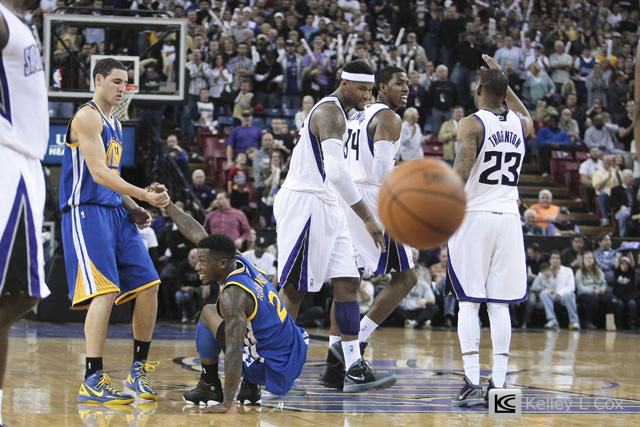 Headed back to Sacramento for match up between the Golden State Warriors and the Sacramento Kings. 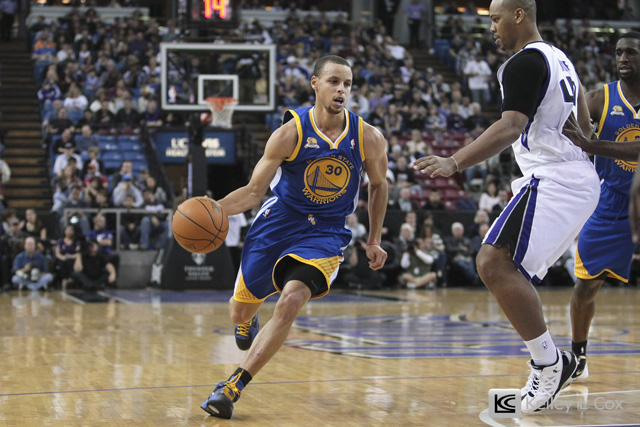 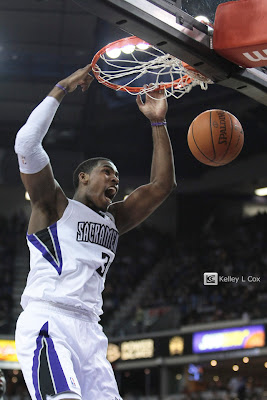 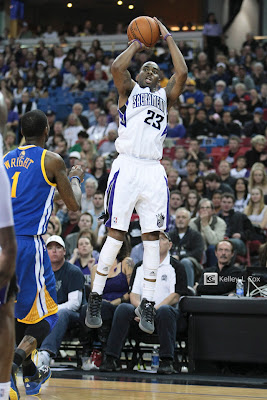 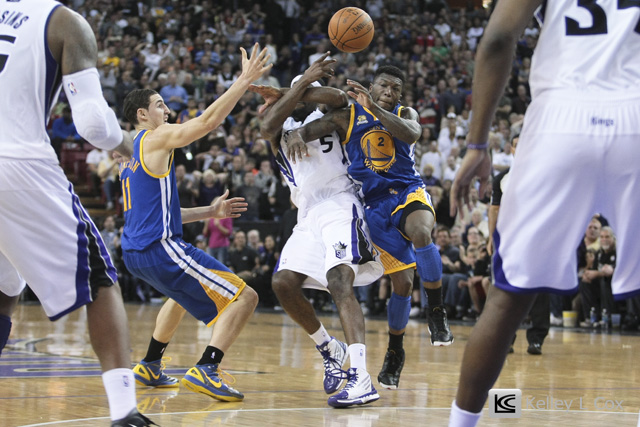 In a bit of a quandry (not that it makes a difference) I was torn on which team I personally wanted to win. I consider myself a fan of both, probably more so Warriors, but since Warriors had defeated the Kings in Oakland, it would be nice for Kings to win at their home. 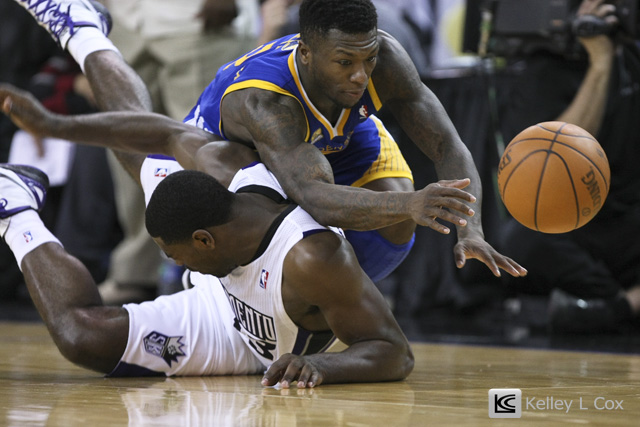 Also, there would be some poetic justice for former Warriors head coach turned Kings assistant coach, turned Kings head coach to beat his former team. Though both Keith Smart and Mark Jackson seem happy in their current positions. 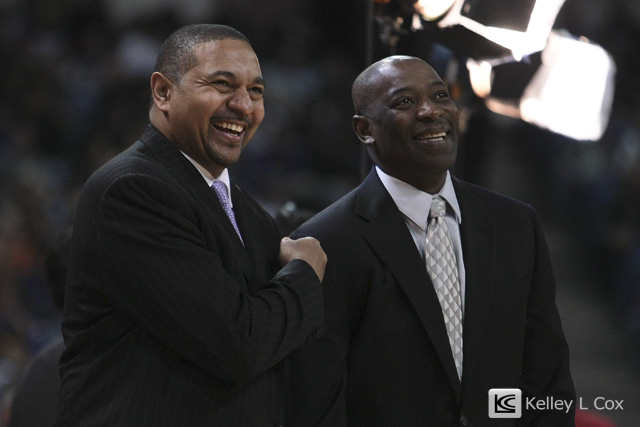 It was also going to be exciting to see Isaiah Thomas, to battle against another Washington Husky alum, the one he modeled himself after, Nate Robinson. 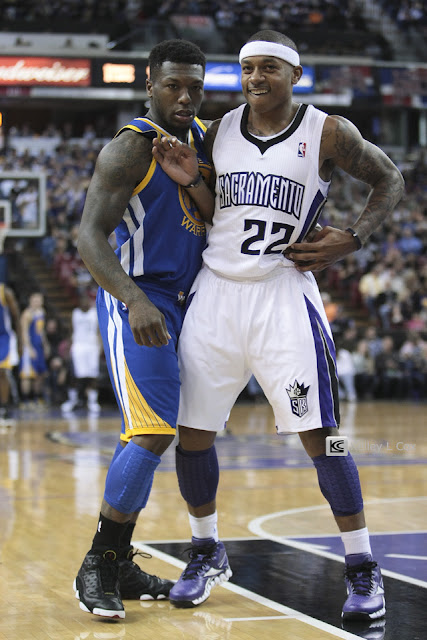 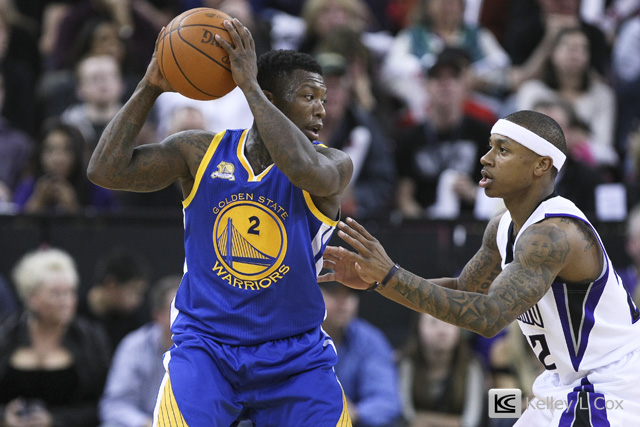 Such an interesting dynamic to want to beat the person who's footsteps you tried to follow. But I'm sure he's watched enough film of Robinson to know his tendencies and know where he could be beat. 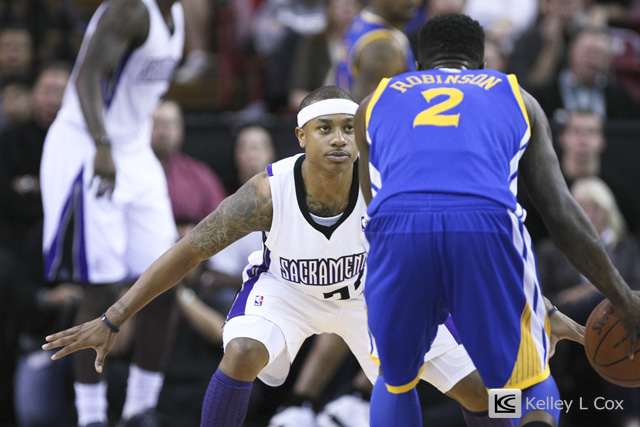 All I really wanted was for it to be a tight and close game. And I got that! 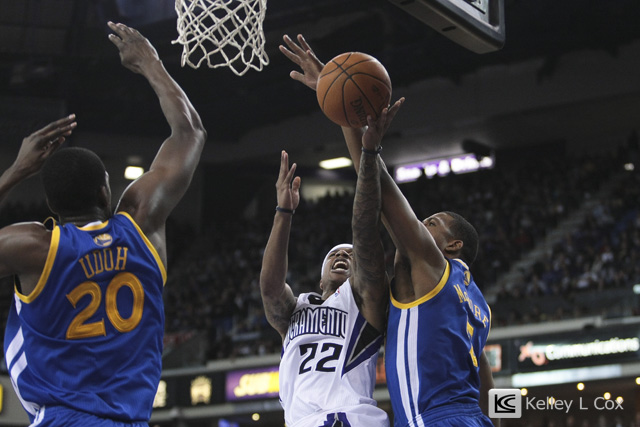 Warriors were up by 9 going into halftime. 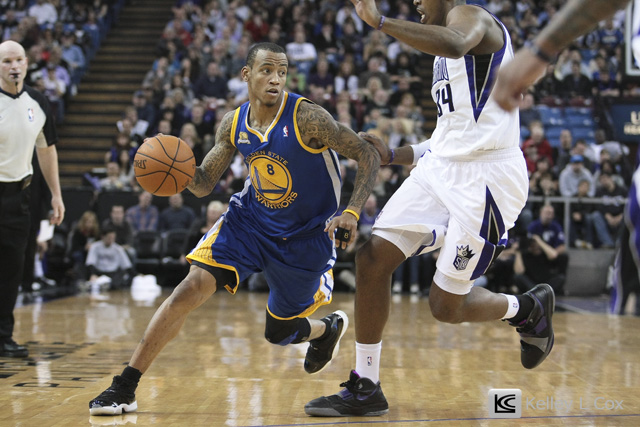 But Kings came out and meant business 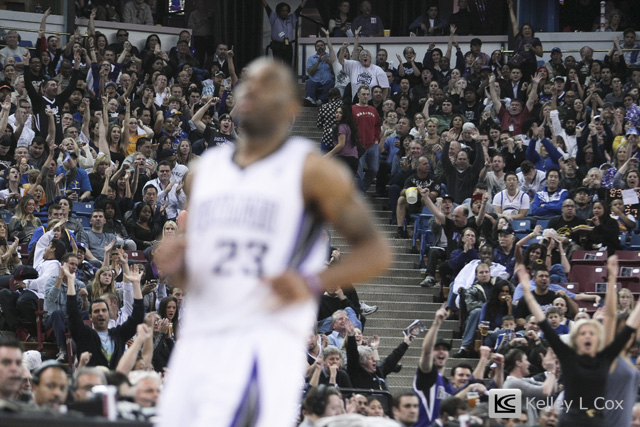 Tyreke Evans going up for the shot against Andris Biendrins 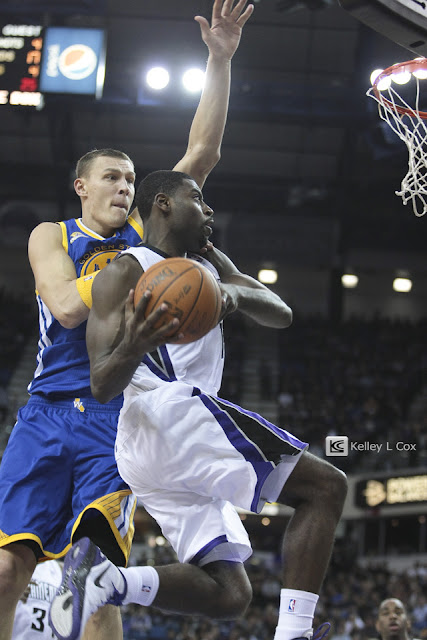 Then showing off his muscles... really? I think every player on the court is pretty muscular, no sense in trying to show off. 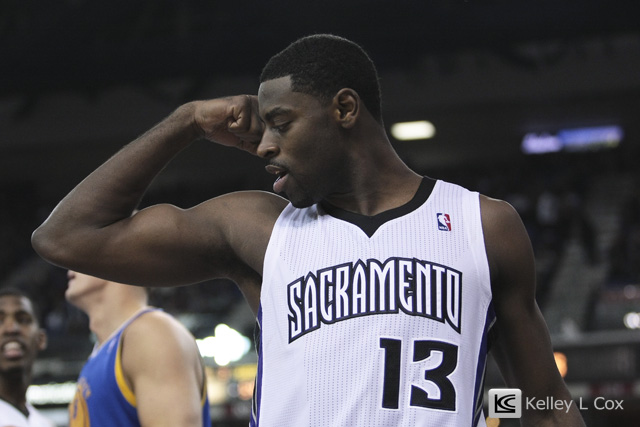 In the fourth quarter I was thinking man, this game is so exciting, I don't want it to be over at the end of this quarter!... And be careful what you wish for because the game went into overtime. This would have been awesome if I didn't have to drive back to San Francisco and run my first ever 5K the next morning at 8am... but let's face it, it was still awesome! 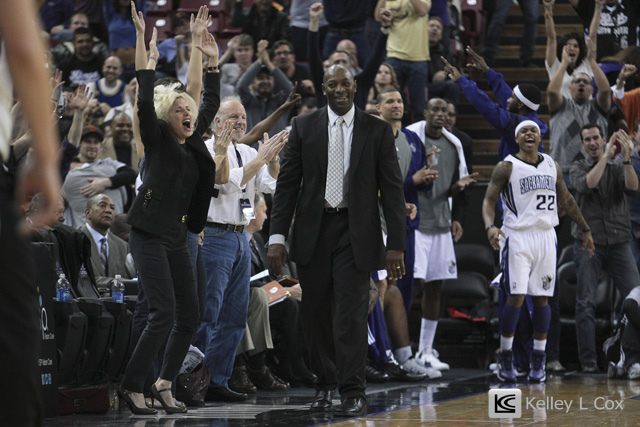 Kings were able to control the ball in overtime for an exciting 114-106 win at home! 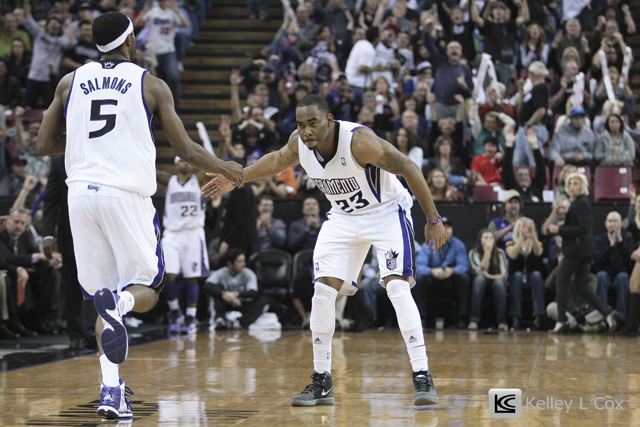