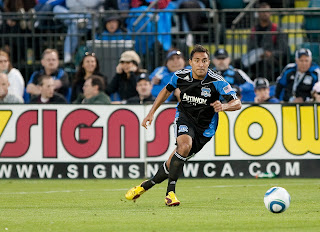 Whoa! Immediately after covering UAA at the Chabot Relays, I headed over to Santa Clara to shoot the San Jose Earthquakes season opener. Unfortunately they lost 3-0 to Real Salt Lake, but it was still fun. 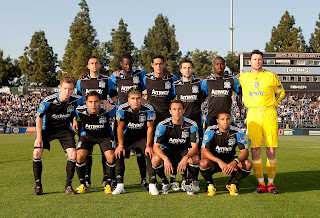 The assignment for me tonight was to focus completely on the El Salvadorian players on the team Ramon Sanchez and Arturo Alvarez. Unfortunately, Ramon didn't play and Arturo didn't score, but still got some shots off. Were sending images to a newspaper of some sort in El Salvador. 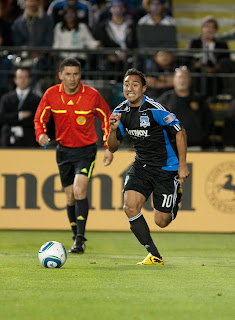 Since we were communicating with various Latino people who were emailing in Spanish amongst themselves, I asked John if he thought it would be ok/a good idea to correspond with them in Spanish. He thought it was a great idea, so I wrote them an email in Spanish... Not realizing that after my first email, the contact would reply with a more elaborate response during the game with requests while I was on the field and not having access to an online translator in case I didn't understand/know how to reply. Thankfully my Spanish is decent enough to understand his requests and reply... sent about 12 emails throughout the night. All in Spanish! This makes me want to become more proficient in Spanish, I'm excited! 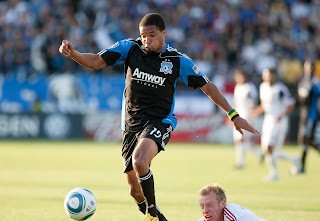 After the game I went to grab In-N-Out with ISI photographer and friend Don Feria, and guess who was there.... Ramon Sanchez!! Ha! What are the odds?! 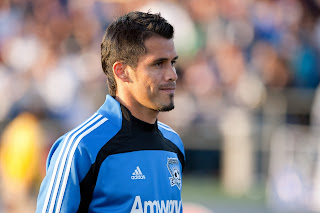