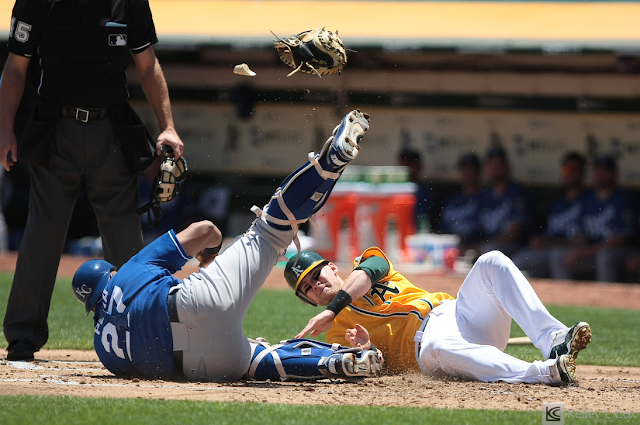 After filming a fun video of Cal Women's Basketball Lindsay Gottlieb (video coming soon) left Berkeley just in time to head over to the O.co Coliseum today for the Oakland A's vs the Kansas City (hey! KC) Royals. 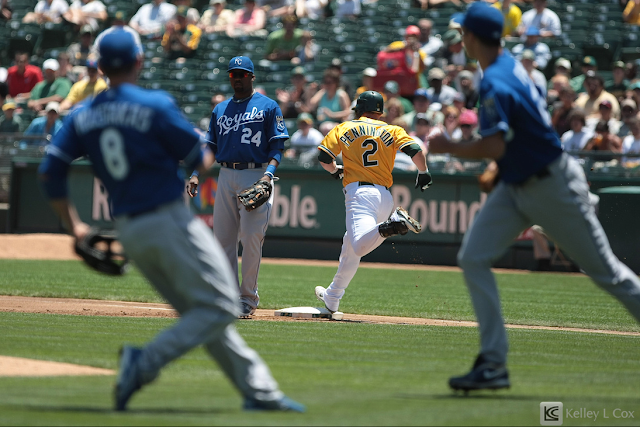 I almost forgot to capture a photo of A's new manager Bob Melvin, but I remembered in the second inning. 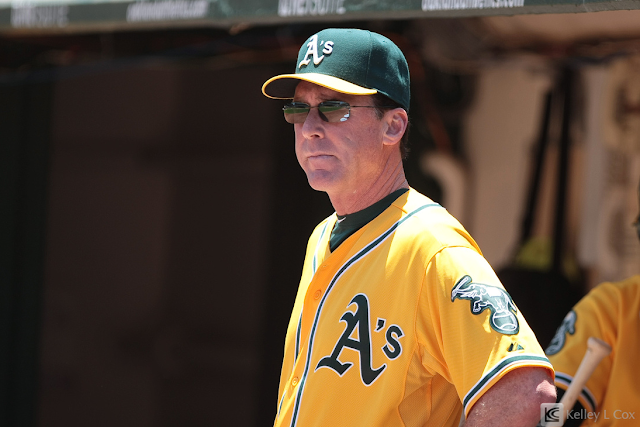 And good thing too, because he was ejected the next inning after arguing calls. 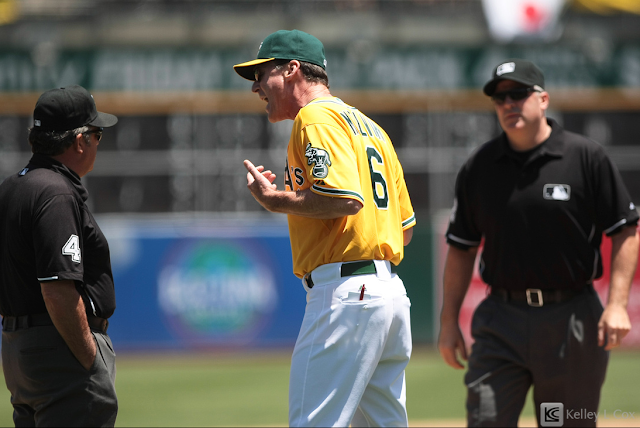 A's went up 4-0 with help from what looked like a gnarly slide from Daric Barton on Brayan Pena. Thankfully both players walked away unhurt. 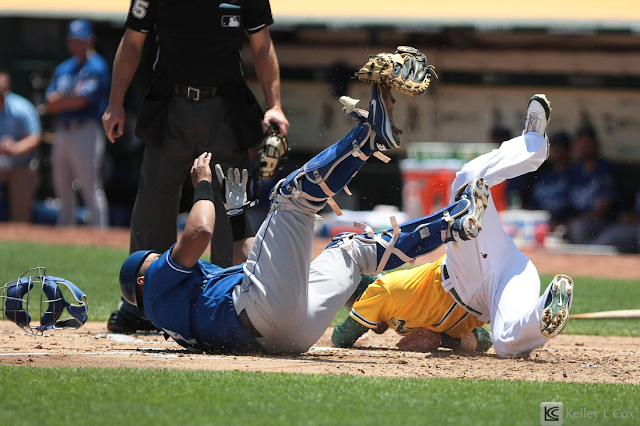 Hideki Matsui only added salt to the wound earning his 499th career home run with an out of the park hit. And another run from Josh Willingham. 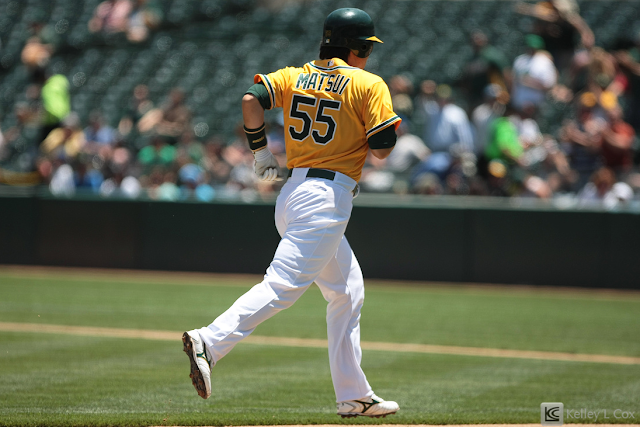 Royals tried to come back, but it was too little too late, and A's won 8-4. 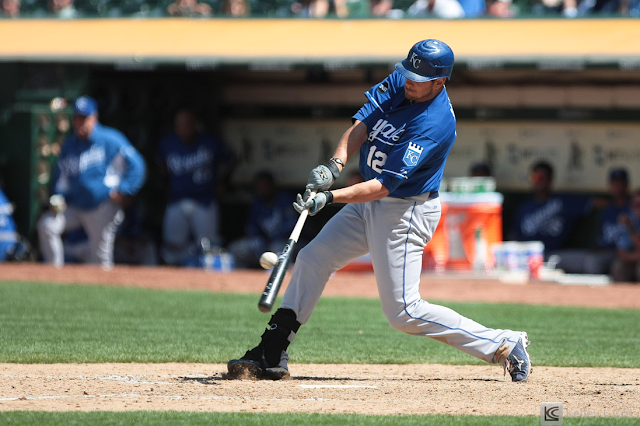 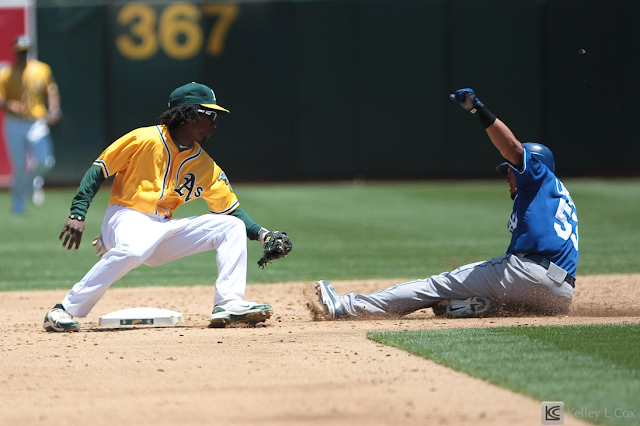 I was sad to see Coco Crisp shaved his head. 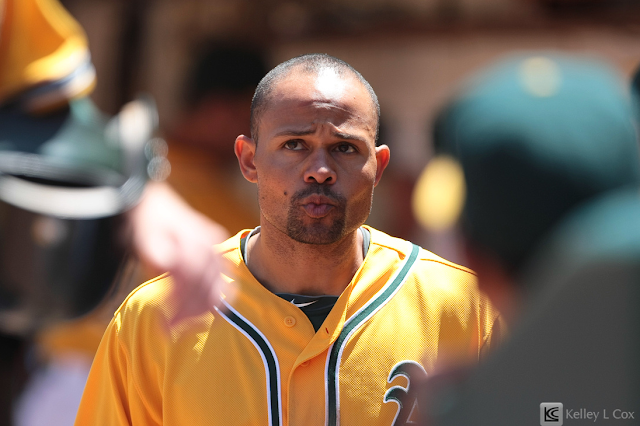 But at least Jemile Weeks has fun hair to photograph =) 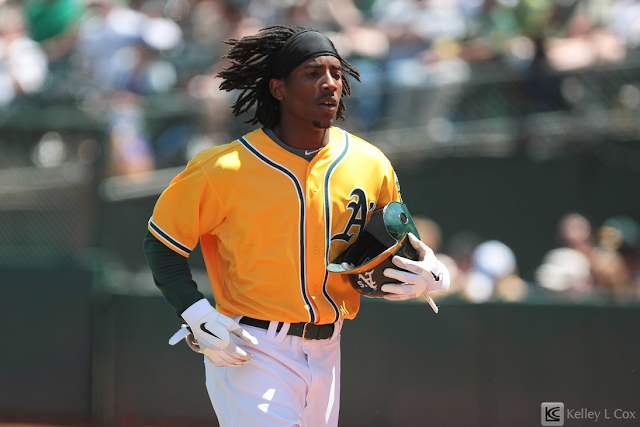