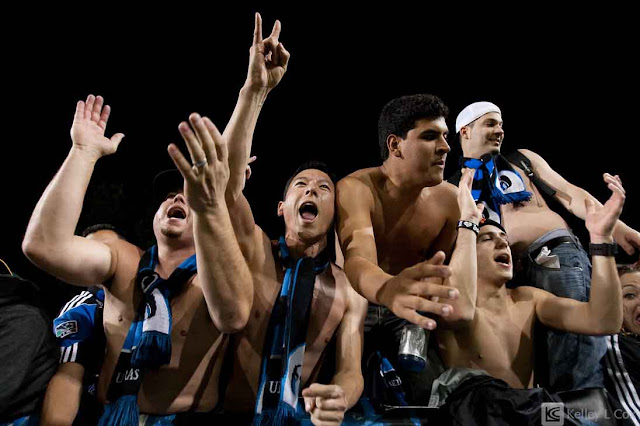 Took Friday off and convinced KC Fox to drive up to Guerneville with me to celebrate a friend's birthday. After a great/hilarious night with old friends, drove back this afternoon to make it home in time to shower and get back on the road and head for San Jose for the game between the San Jose Earthquakes and Houston Dynamo. 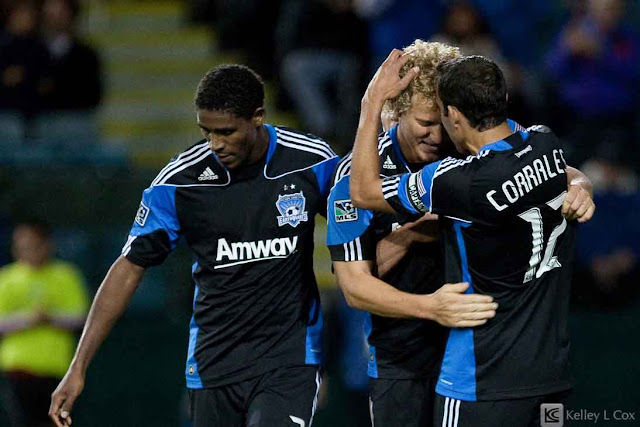 Though it was slated as Hawaiian night and Q was prepared in his (her?) hula skirt, the threat of rain was ever present. Though the night stayed dry, I'm still not totally convinced it's already June. 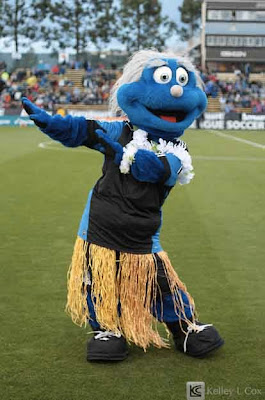 But what a great game for the Quakes! 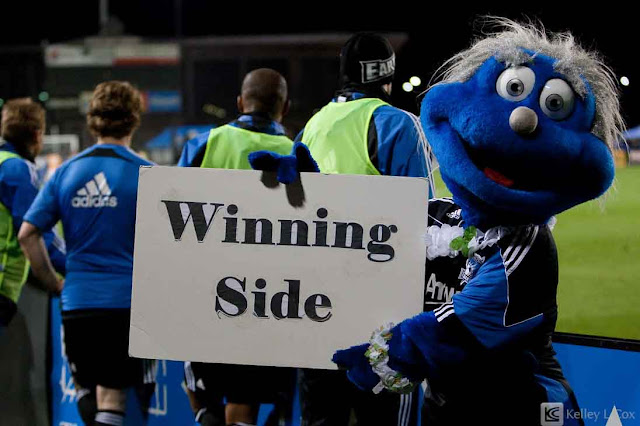 First half was scoreless, but not for lack of effort as Steven Lenhart went soaring through the air for a header. Funny thing is, last Thursday, Center Line Soccer had posted this graphic of Lenhart as "The Greatest American Hero" and then next game, he comes out flying... only thing he's missing is the cape. 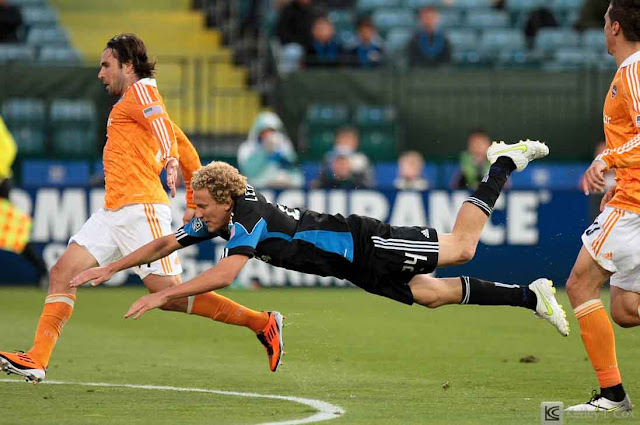 Second half, as only fiction would write, Lenhart scored. 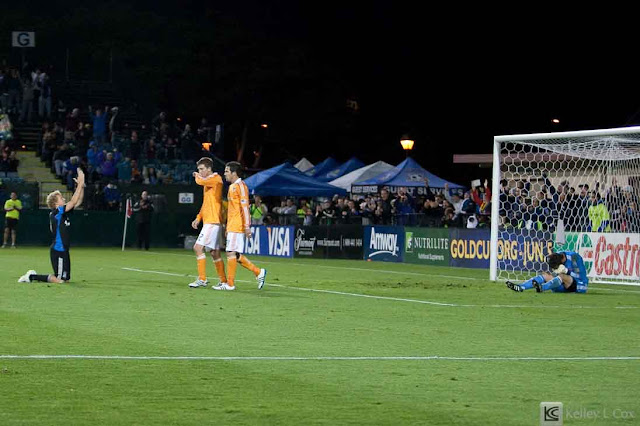 After a battled out game... 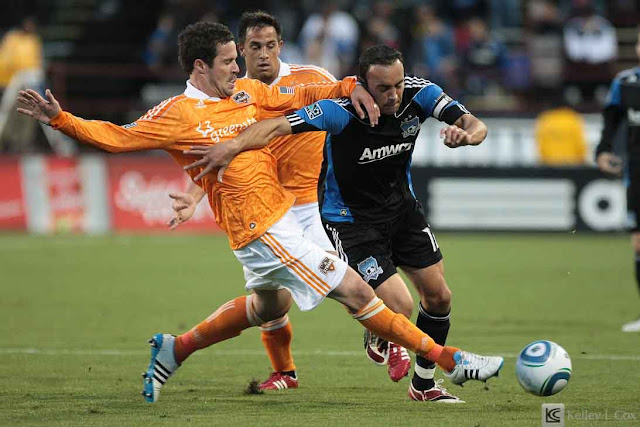 We were at 90 minutes, then Simon Dawkins, who came on as a sub, scored in stoppage time for the Quakes to get the three points at home with a 2-0 win over the Houston Dynamo. 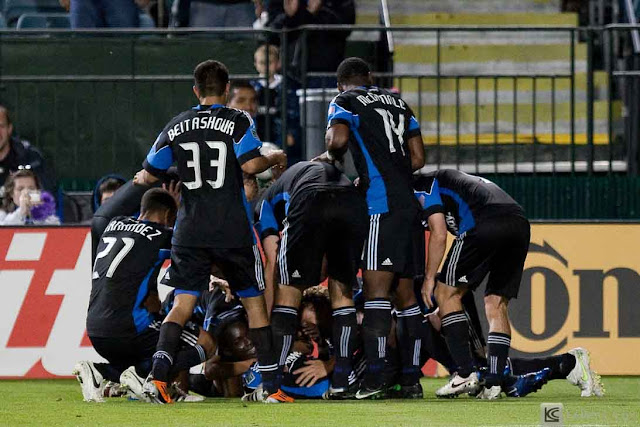 Fun tidbit on tonight, I was shooting for both ISIphotos and Center Line Soccer as regular CLS shooter, Joe Nuxoll, was in Seattle. This meant, though I have my regular season credential with ISI, I had to also pick up a CLS credential. Gotta make sure all the I's are dotted and T's are crossed so nobody gets in trouble. 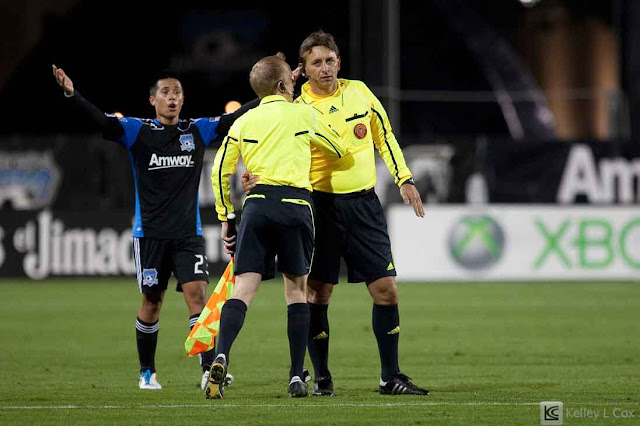 Happy to work with Jay Hipps and Robert Jonas of Center Line who provide not only great match reports and previews, but also great Twitter commentary throughout the game, host Quakes cast pod cast, and are always fun to bump into in the press box. Be sure to check out my gallery on CenterLineSoccer.com 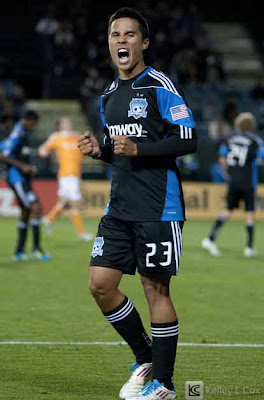 It was great to have a weekend where I could both spend time with friends and also have a fun assignment to shoot. I'm really happy to be getting closer to that elusive balance of play time and work time. The trouble is, my work is so fun for me, I often forget I need to take days off to be a normal 23-yr old... or as close as I can get to normal ;-)
at June 04, 2011
Labels: Center Line Soccer, Futbol, Houston Dynamo, ISI Photos, Men's, Mens, MLS, San Jose Earthquakes