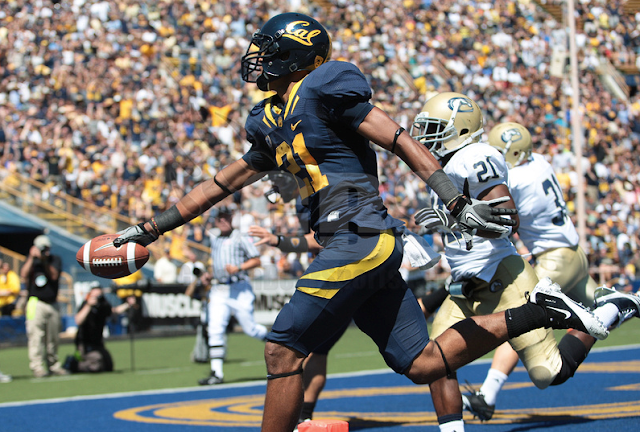 Immediately after water polo, I trekked up with hill and steps to Memorial Stadium to shoot Cal Football season opener! Is it already football season?! 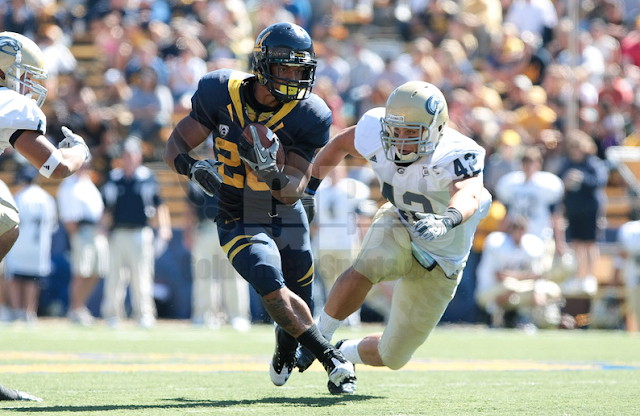 I had to make sure I made it in time for an opportunity to shoot KGO radio announcer Joe Starkey in the booth. He was great to work with, and cool to meet the man behind the famous play-by-play of "The Play" 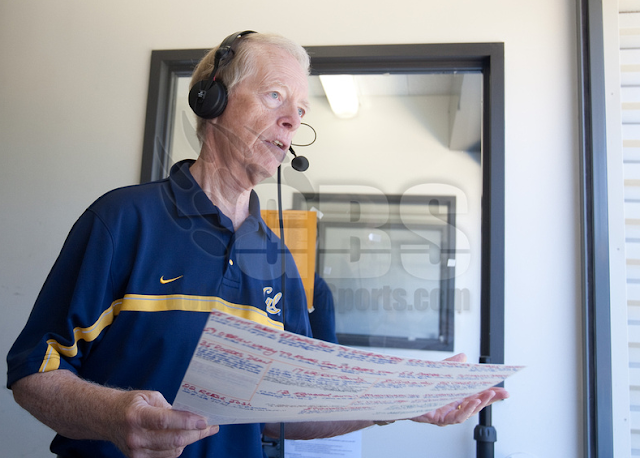 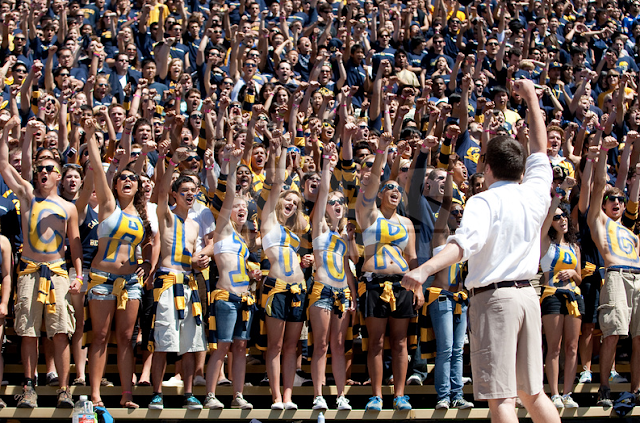 With the big lead, Beau Sweeney had a chance to get some minutes. 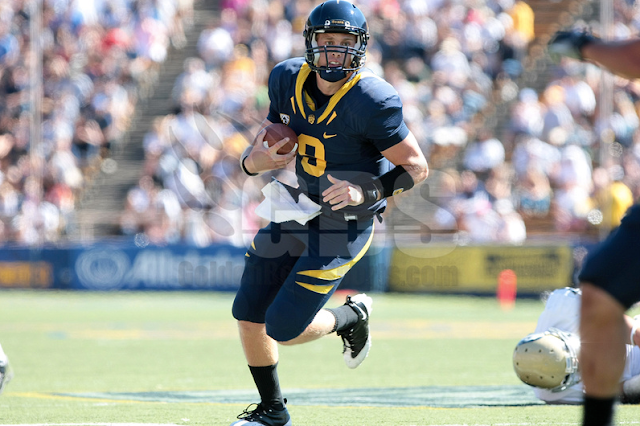 But the standout of the game was without a doubt, true freshman Keenan Allen, who made some great plays and scored two touchdowns. And one of those touchdowns was a reverse that he had to make a run on, where quarterback Kevin Riley ended up blocking for him! 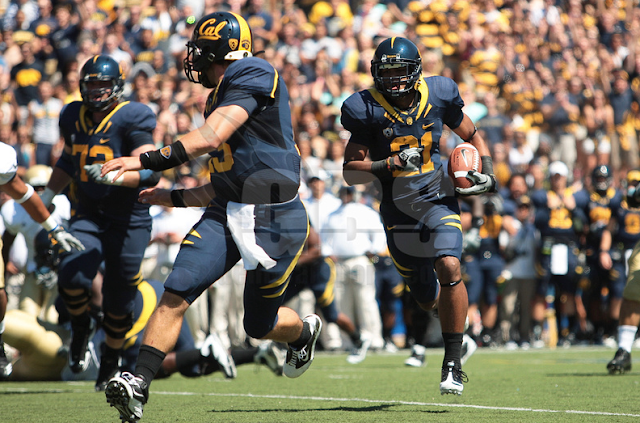 Also, with the beauty of still photography, I captured Keenan Allen making the dramatic catch. 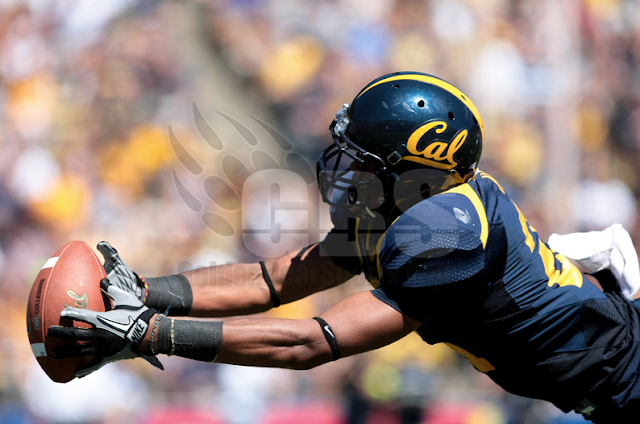 Except the reality is, he didn't hold onto it. But based on the shot, you would have thought he did huh? 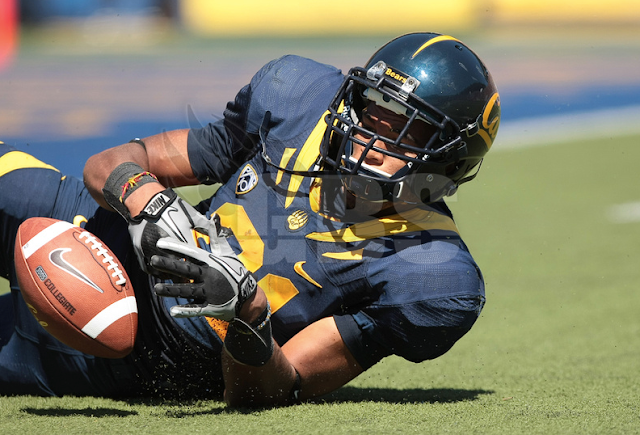 This game was extra fun because my sister is a UC Davis alum, and as you know, I'm a Cal alum. So in the spirit of sibling rivalry, despite my sister knowing next to nothing about football, she talked some smack about how Davis was going to beat Cal. I can't wait for her to get back from vacation so I can rub it in ;-)

All photos up on http://www.goldenbearsports.com/2010-2011/football/vsucdavis