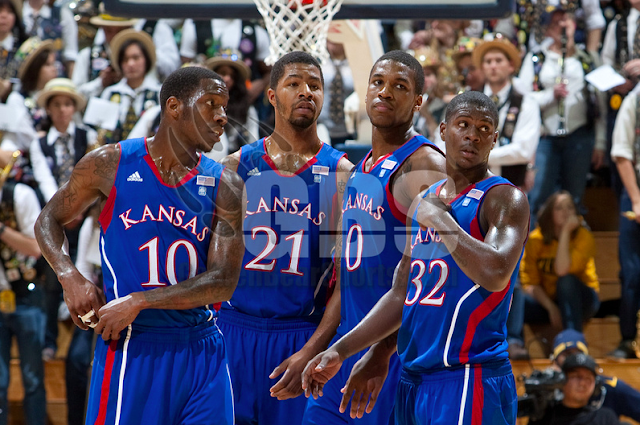 In what might be one of Cal Men's Basketball's biggest games this year. GBS photographer, Michael Pimentel and I double covered the game against #4 ranked Kansas for the Pete Newell Classic. 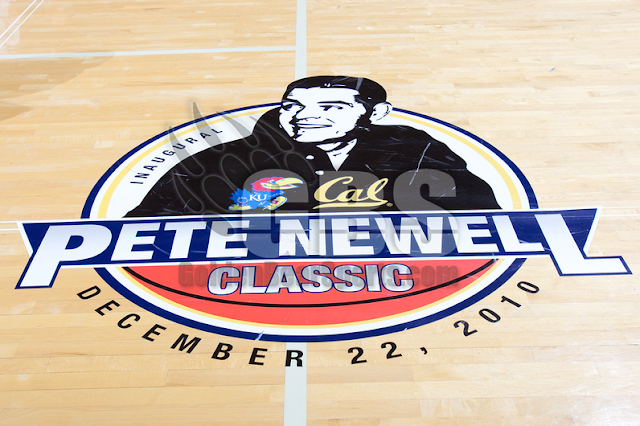 What had glimpses of hope of a huge upset turned into a 78-63 win for Kansas, but not without a fight... literally. 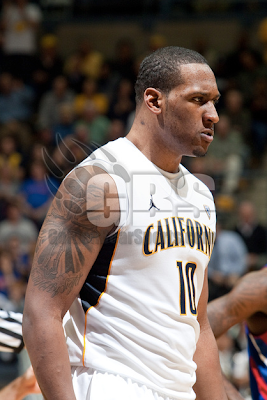 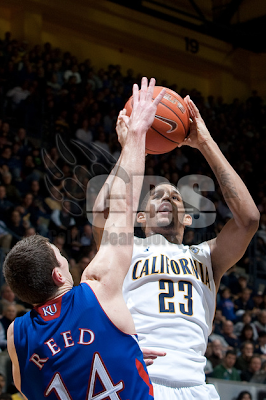 Jorge Gutierrez and Thomas Robinson went for the loose ball. 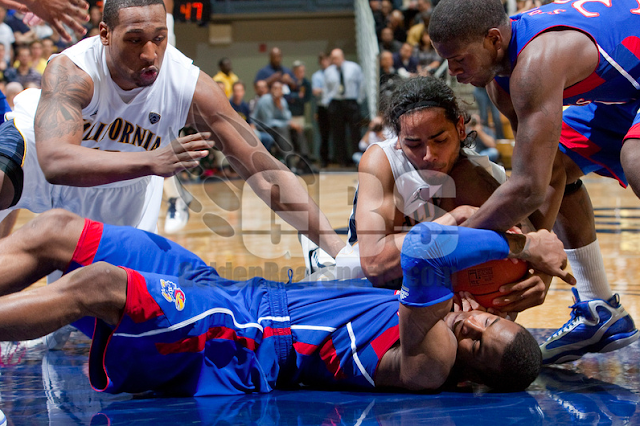 I don't know what happened in the mix, but the battle for the ball turned into a bit of a brawl. 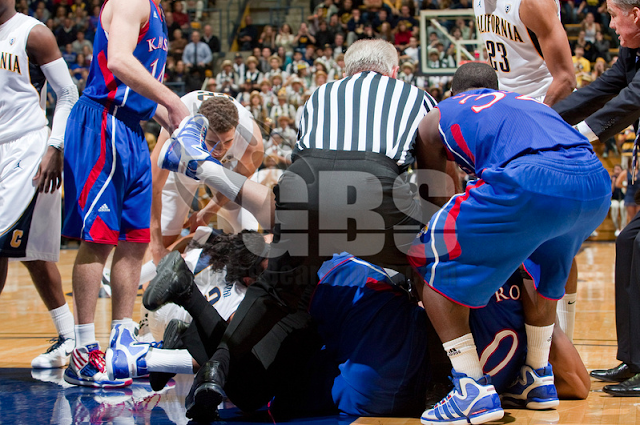 Referees couldn't control the game, and Mike Montgomery had to step in! 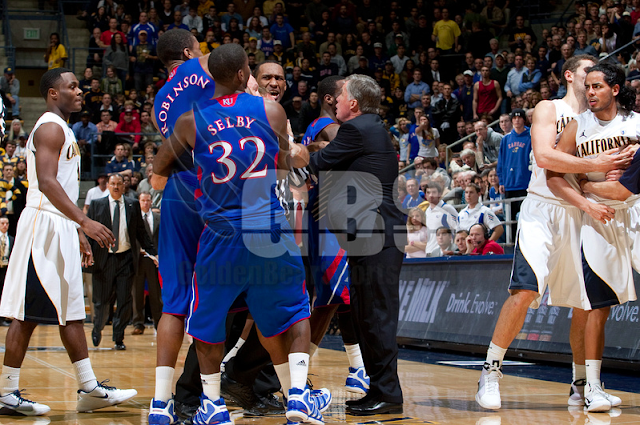 
This was all par for the course in a game that went almost an hour longer than usual with multiple stoppage to determine the fouls, including a flagrant foul, against Kansas. 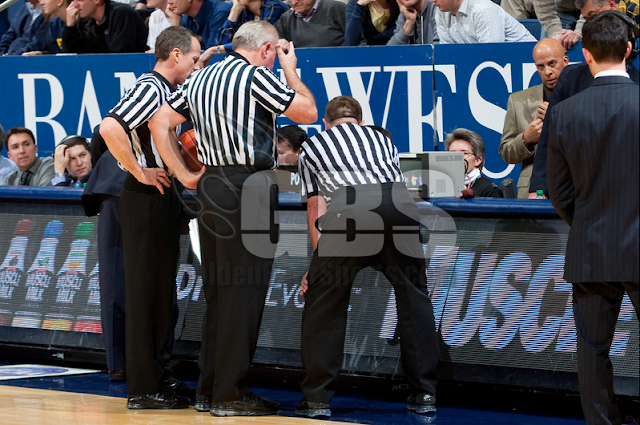 I think the referees felt a little overwhelmed. 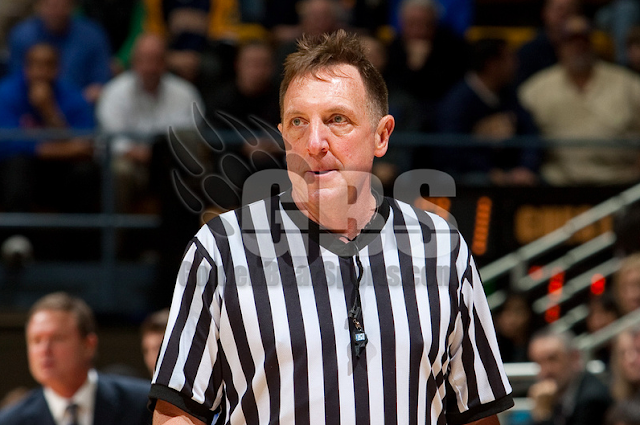 Though most coaches would be publicly upset with a player who wasn't able to avoid an altercation, I loved Montgomery's quote on Jorge after the game: "Gotta love Jorge. He's the greatest. He's a stubborn son of a gun. If you attack him, he's going to come back at you. That's his nature. You're not going to change the nature of who he is, but we need him on the court." 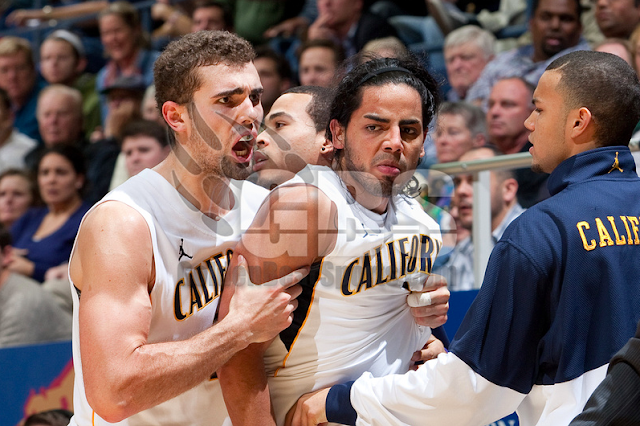 Gotta love Montgomery. He knows his players, and he knows you don't mess with Jorge! 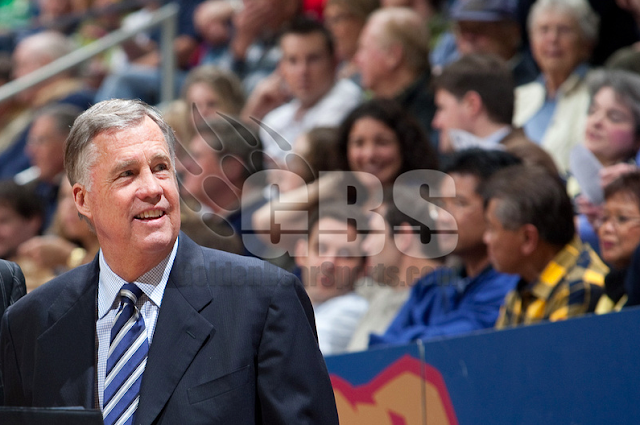