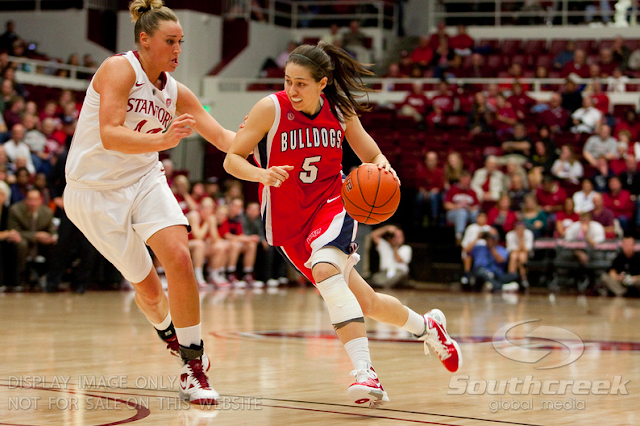 Headed over to Stanford today to shoot the women's basketball vs Fresno State and Men's Basketball vs UC Riverside back-to-back games. 1pm and 5pm. One of my photo buddies, Zach Sanderson, commented that he likes to read my blog because I (usually) stay pretty current on my posts. So in between the games I am having the fastest turnaround time yet! 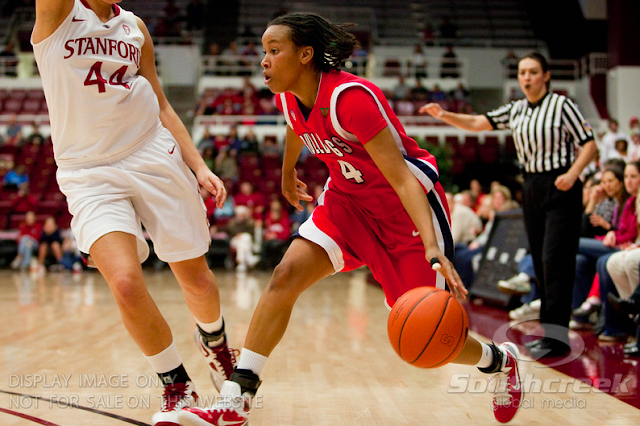 Great game for a strong Stanford team. Game was 42-17 at the half and ended 77-40. In theory, Stanford could have not scored a basket the entire second half and still defeated the Bulldogs. Pretty crazy. Not quite as crazy as West Virginia Tech defeating Ohio State - Mansfield 157-57 today (you read that right 100pt difference) but still crazy. Stanford certainly had a size advantage though. 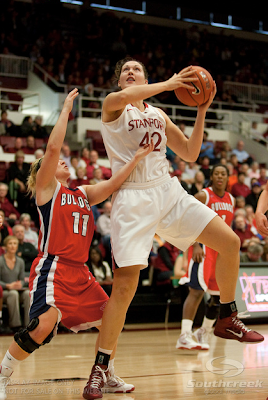 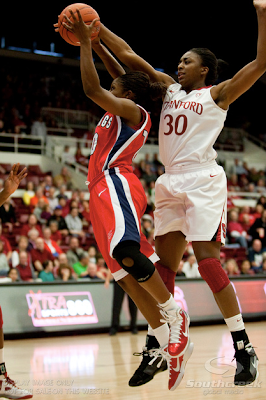 Was a great chance for a lot of the substitutes to get in and get some real playing time, some mistakes here and there, but to get so many minutes and get more comfortable on the court, it think it's safe to say Stanford is going to continue to have a strong program for years to come. 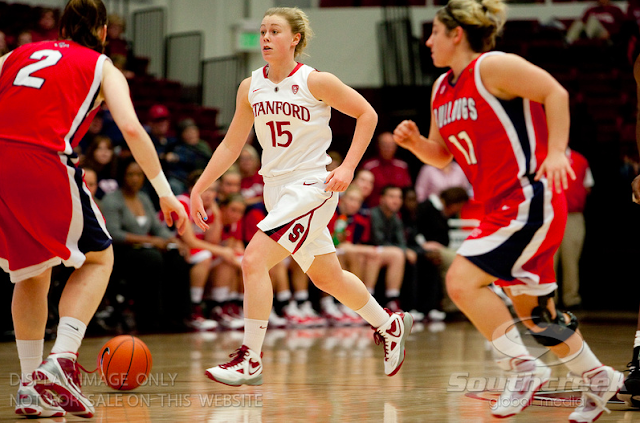 Normally I like clean full body shots of players but this one made me smile because from my angle at that moment, it looks like the player is patting Sarah Boothe on the head. 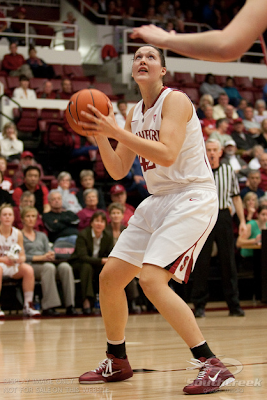 It's also neat that sisters, Chiney Ogwumike (freshman) and Nnemadi Ogwumike (junior) get to play together. Slightly more impressive than my sister and I both being on the Vaca High badminton team at the same time in 2002. 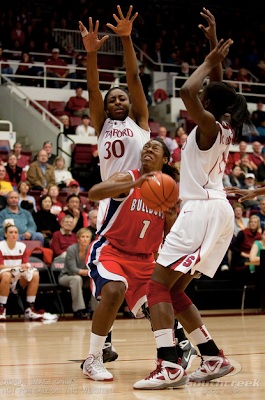 Also, looks like I'm not the only person in Christmas spirit =) 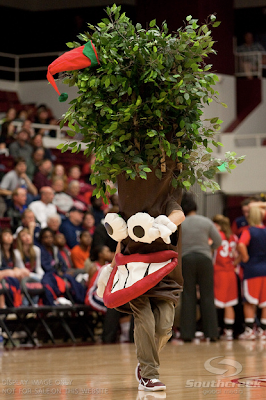 And now it's time for the men's game!! 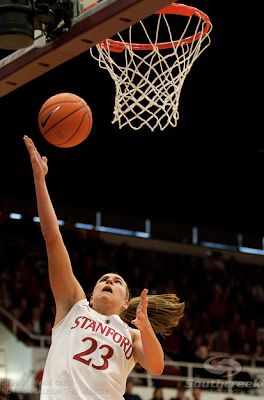 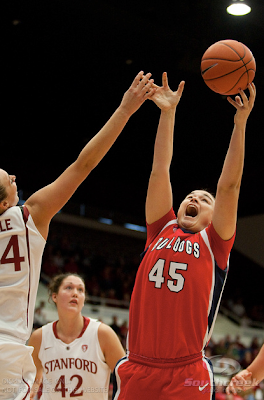