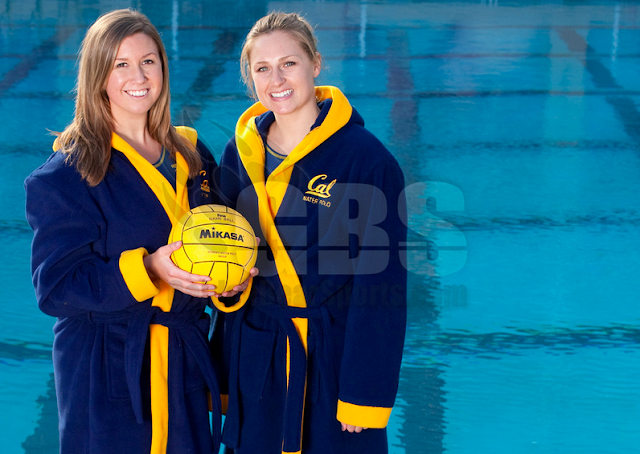 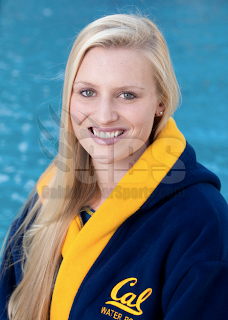 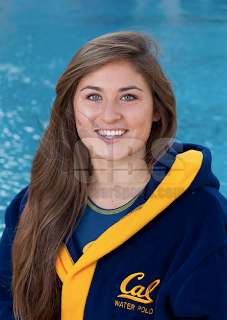 It was a bit of a challenge because though they were scheduled to take place at the pool, turns out women's swimming were practicing at the same time. 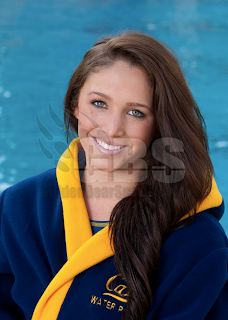 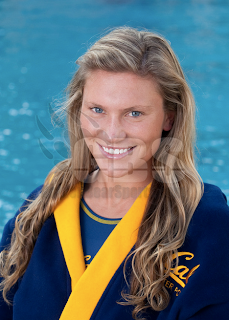 To get around this, we ended up shooting above the pool with Zellerbach and the Spieker foliage as the background. 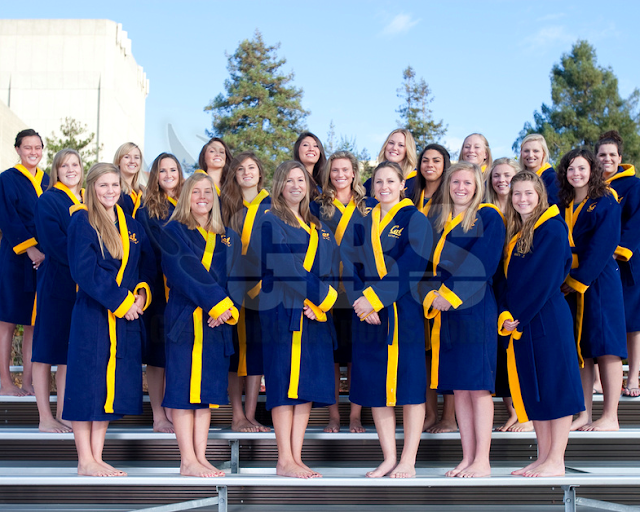 Thankfully for head shots there was a small corner of the pool blocked from harsh sun that women's swimming wasn't using at the time, so we were able to shoot head shots there. 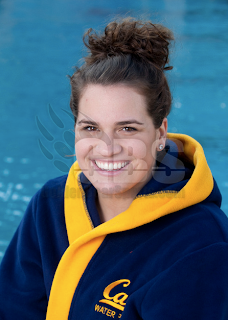 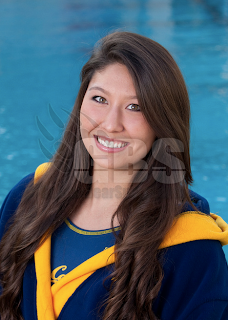 By the time we took the captains photo, women's swimming practice was over and we had a nice calm pool for the background. 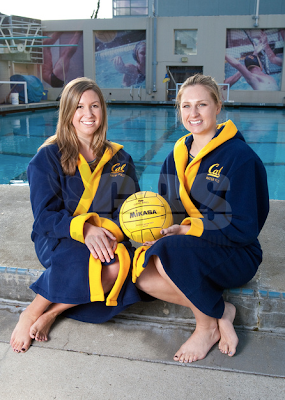 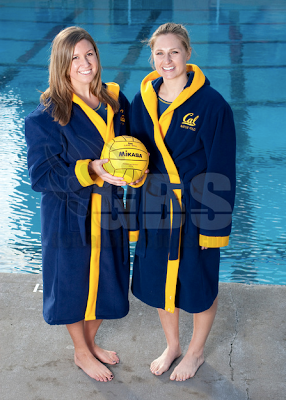