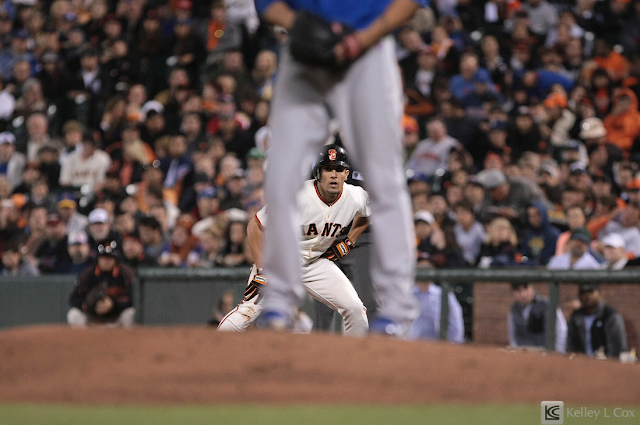 Headed over to AT&T Park for Cubs vs the Giants. 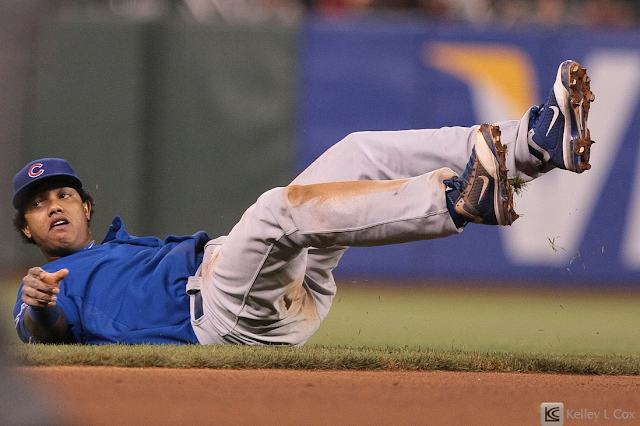 Ryan Vogelsong came out to pitch for the Giants 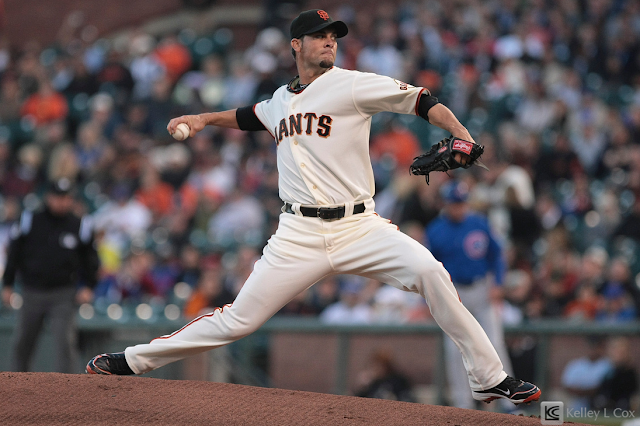 Against Matt Garza for the Cubs. 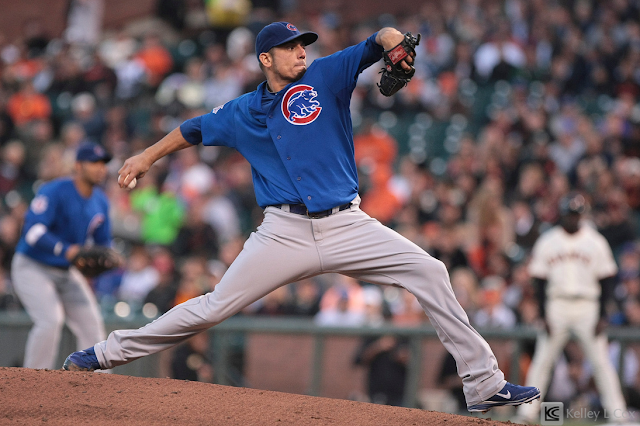 The Giants are struggling right now, so I figured I'd get better shots from outside third base next to the Giants dugout, as opposed to shooting from the line near home plate. Sometimes sports is more about the emotion than it is the action. It's a neat perspective and challenge to try and capture the mood. 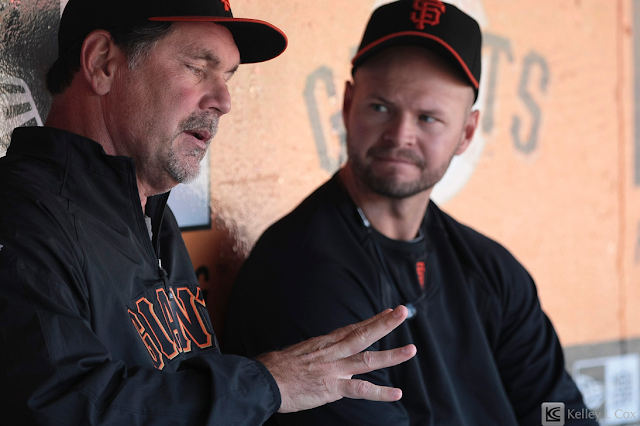 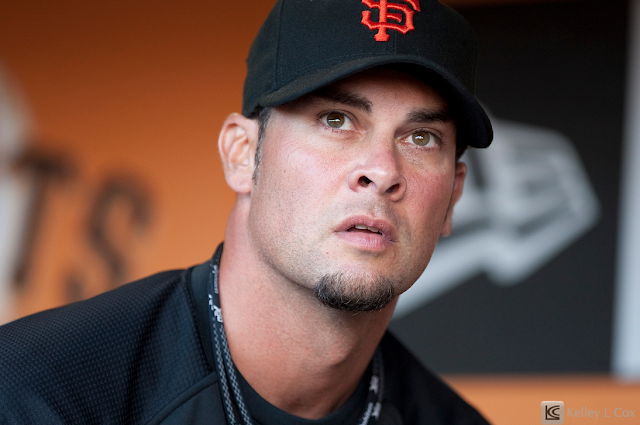 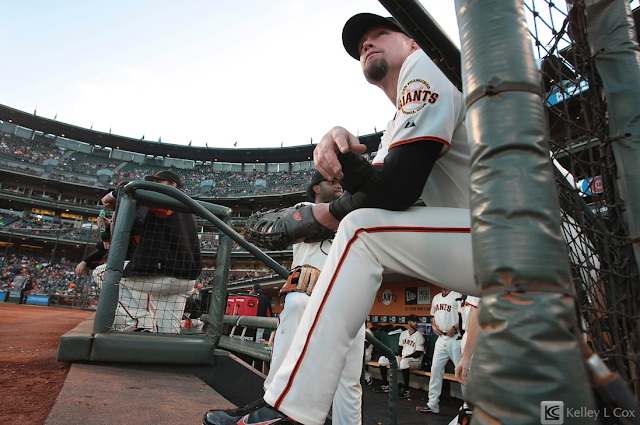 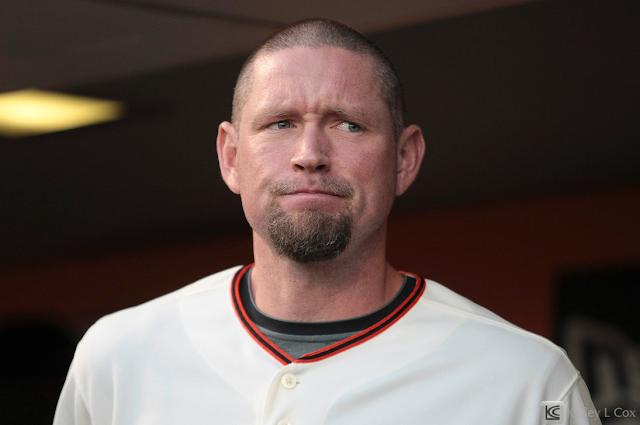 Sometimes I feel guilty/awkward sitting so close to the dugout after a player comes back from a bad inning offensively or defensively and is cursing and throwing stuff. But it's more enjoyable to catch Pablo Sandoval and Sergio Romo, trying to get everyone pumped up and dancing in the dugout before the game. 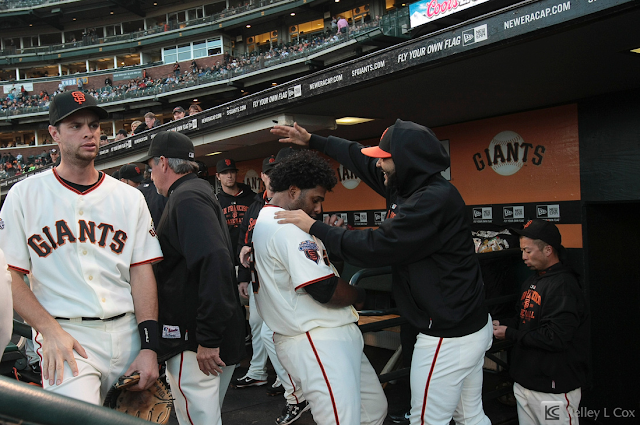 It was the first game back for Andres Torres who tried to make his mark. He got on base a few times, but somehow they aren't batting in runs. 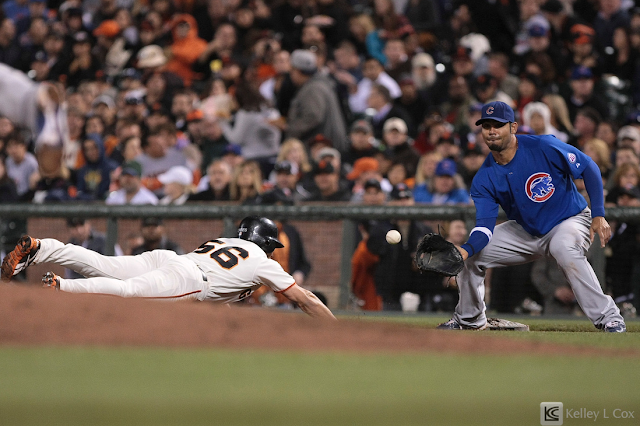 Bottom of the ninth, Giants down 5-2 and even the young fans were starting to look sad. 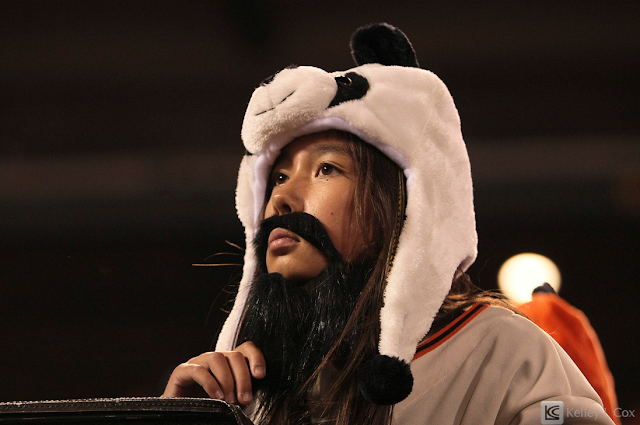 Cody Ross was hit by a pitch to get on base, but left stranded as the game ended 5-2. 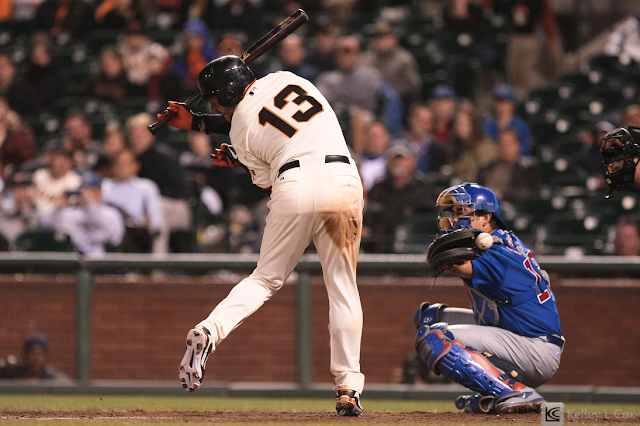 Certainly a bummer night. But to end on a fun note. Here's Pablo being silly, blowing kisses to fans, and being mischievous in general. 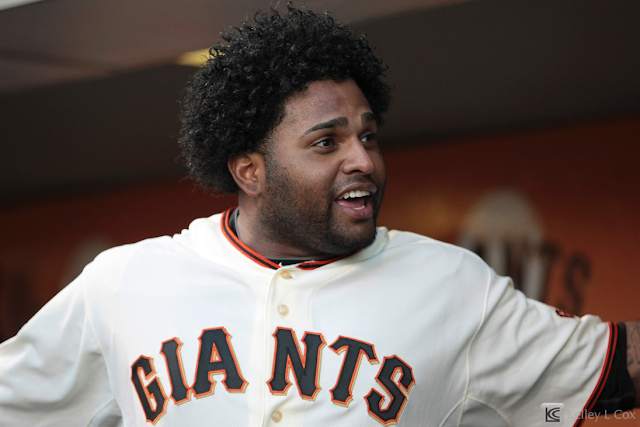 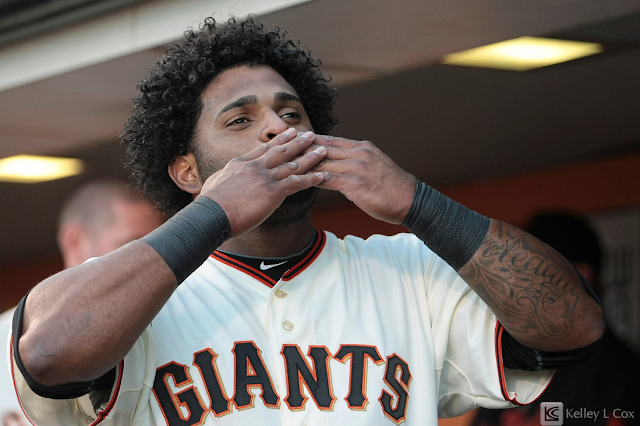 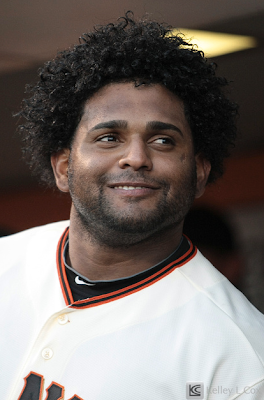