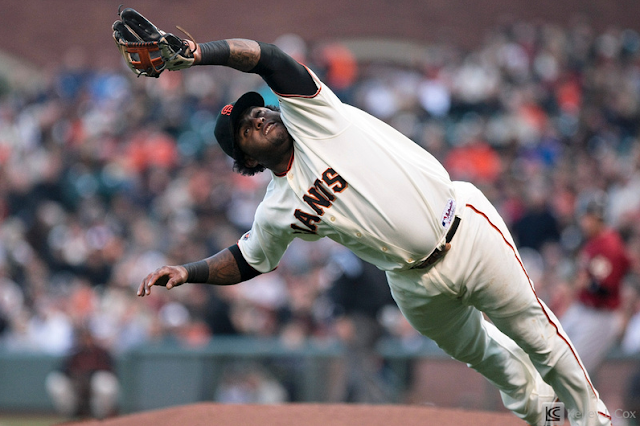 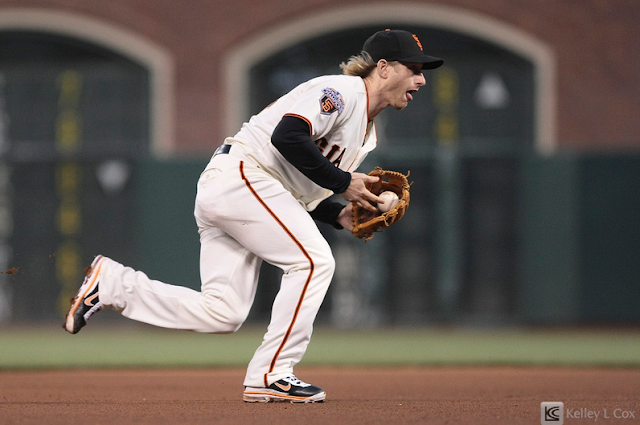 Eric Surkamp made his major league debut for the Giants getting the call-up from Double-A. 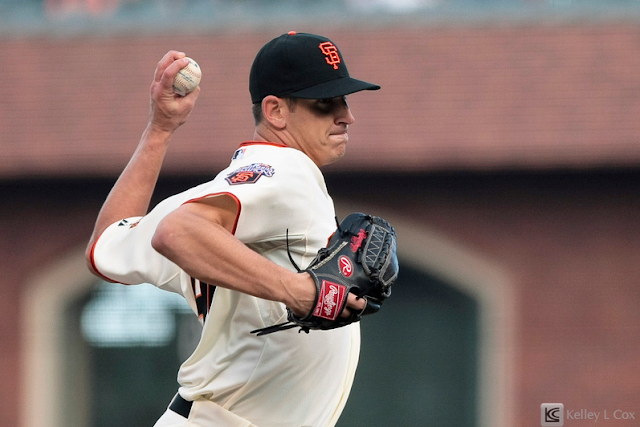 Though he had some first game jitters (as would anyone) I would say he had a great performance, allowing only one run, that could have been prevented were it not for an infield error. 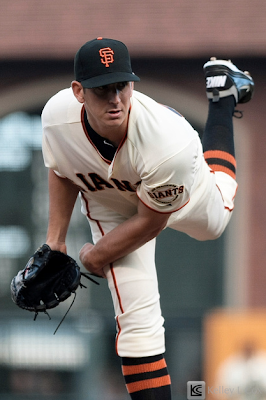 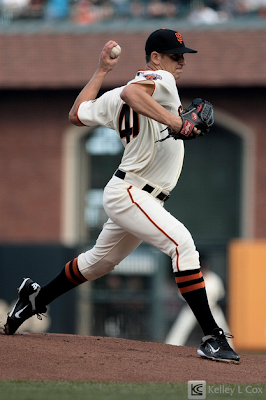 I thought about shooting from his left side, being he's a left handed pitcher, but I figured the story was more going to be about him, than his pitching, so I wanted to sit near Giants dugout to get some shots of him between innings. 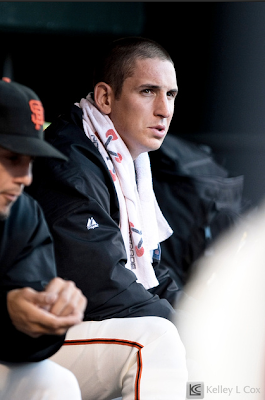 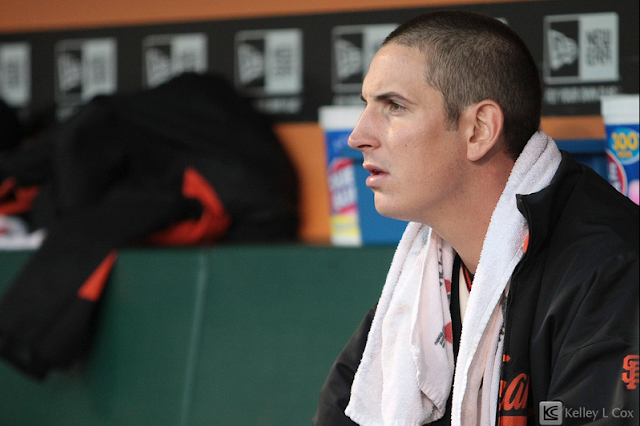 And hey, Tim Lincecum is just a bonus, on his bobblehead day. You know it's Surkamp's first appearance with Giants as he put on a coat while running the bases, welcome to summer in San Francisco, kiddo =) 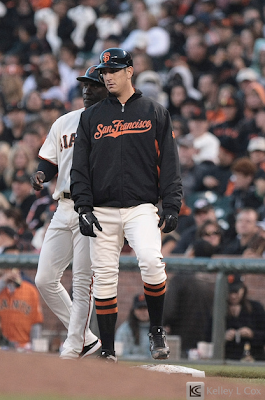 Tied up 1-1 since the fifth, the game went into extra innings and I was worried the 6pm start (more often 7:15 starts) would end up being negated and maybe I should have brought more layers. But Mark DeRosa got a single, then stole second... the first steal he's had in two years. 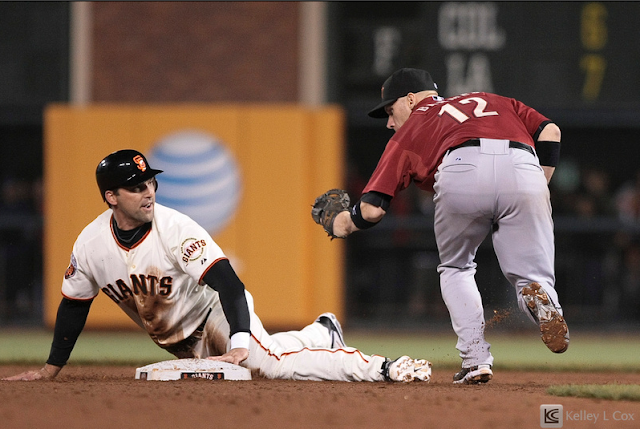 Then Jeff Keppinger, the hero, two nights in a row, hit a double to bat in De Rosa for a slide at home. 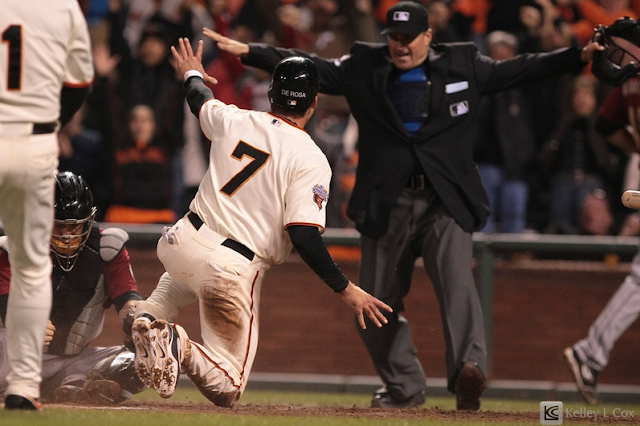 Benches cleared as everyone ran to Keppinger for the dogpile. 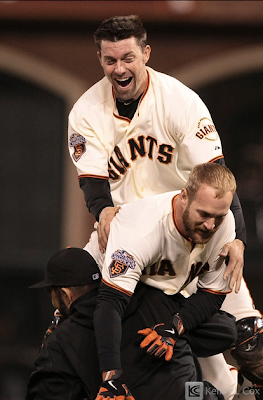 I remember when they made the trade for Keppinger in July (from the Astros actually) and everyone questioned Brian Sabean, but were more or less confident in his trade decisions... I'm going to say everyone is pretty happy with the trade. 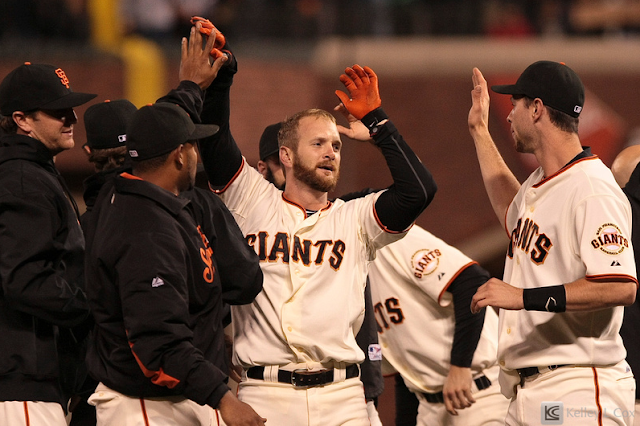