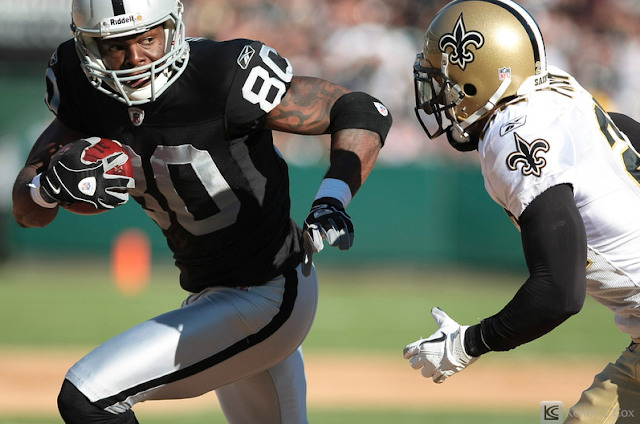 Headed over to the O.co Coliseum for the Oakland Raiders vs the New Orleans Saints. 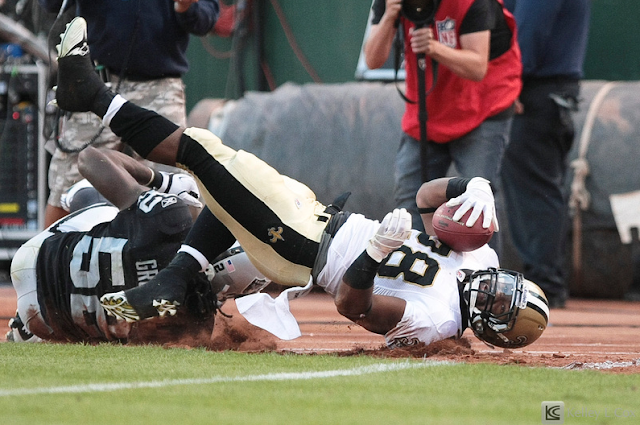 The big "story" we were supposed to focus on was all the law enforcement after the unfortunate events at the Raiders at Niners game last week. 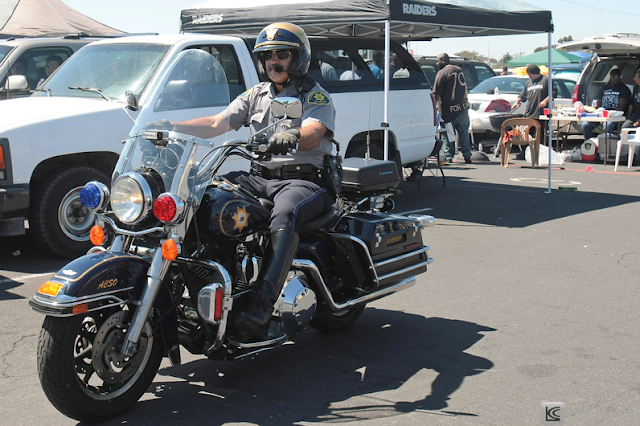 But as I roamed around the parking lot, everyone seemed friendly, albeit outrageous =) 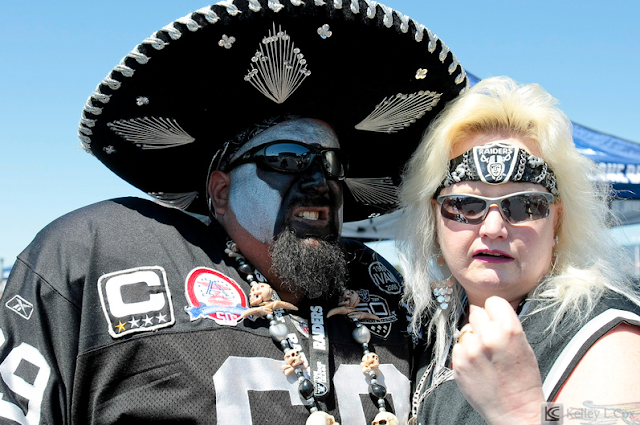 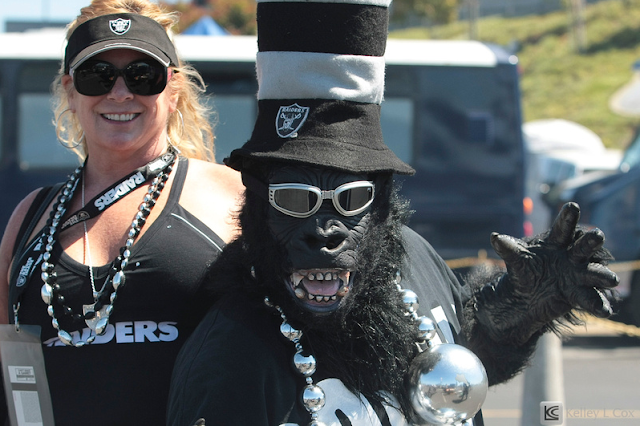 Photographed warmups as per usual for the only chance to get Terrelle Pryor as he serves a 5-game suspension. 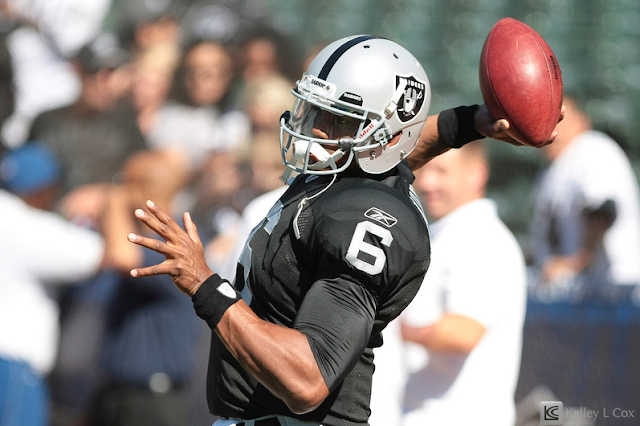 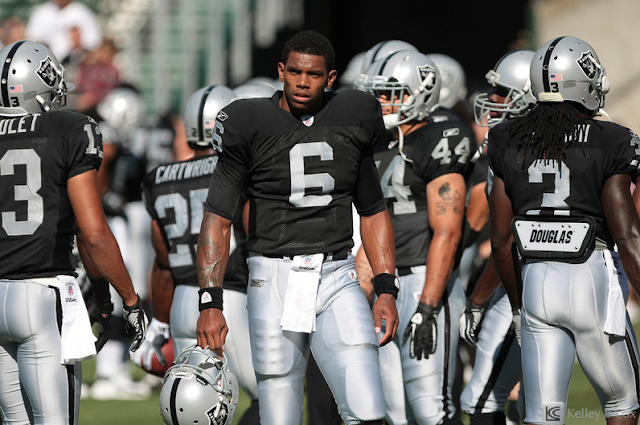 Amidst controversy, Pryor wisely found representation from NFL agent, big shot Drew Rosenhaus, a great guy to have in your corner as a professional athlete. 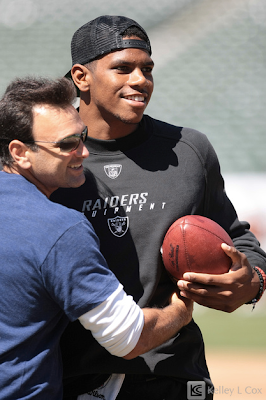 Who is supposedly the character Jerry McGuire is based on... crazy!! 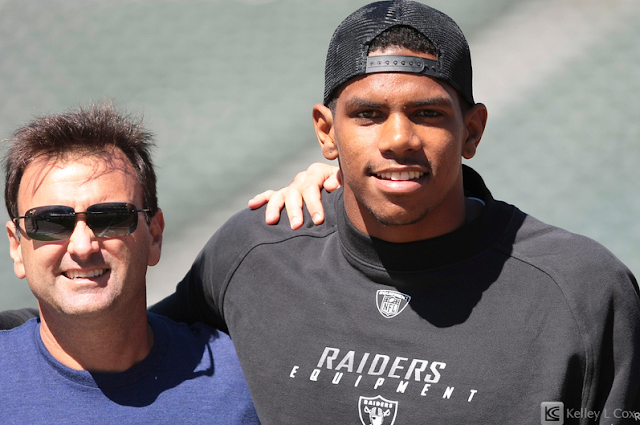 I spotted Saints head coach Sean Peyton, and I said to another photographer, "wow, he looks SO happy"... he replied with "that's cause he's playing the Raiders"... ouch 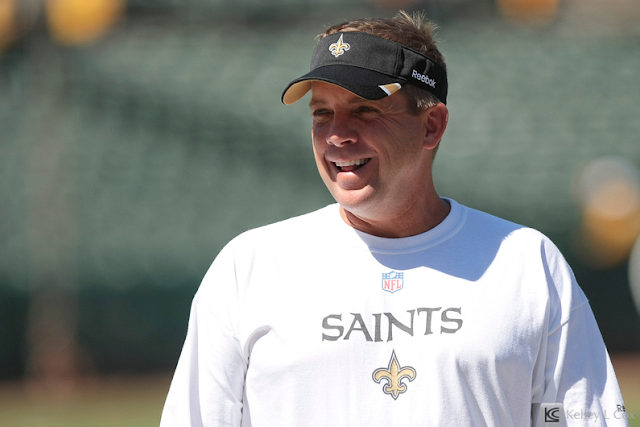 Game started, and Saints Mark Ingram scored a touchdown on their first drive. I thought uh oh, this is going to be a long game. 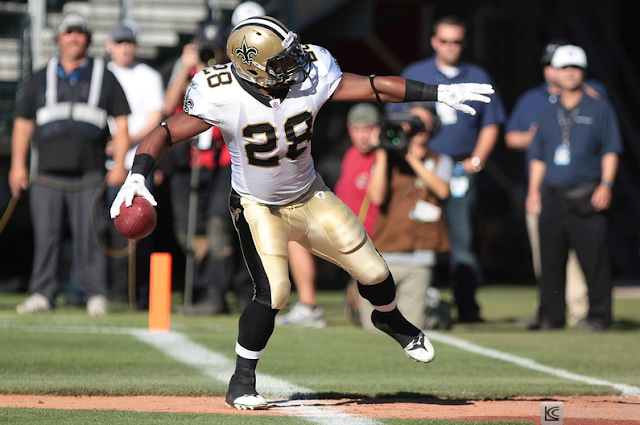 But Raiders answered with a touchdown of their own by Derek Hagan. 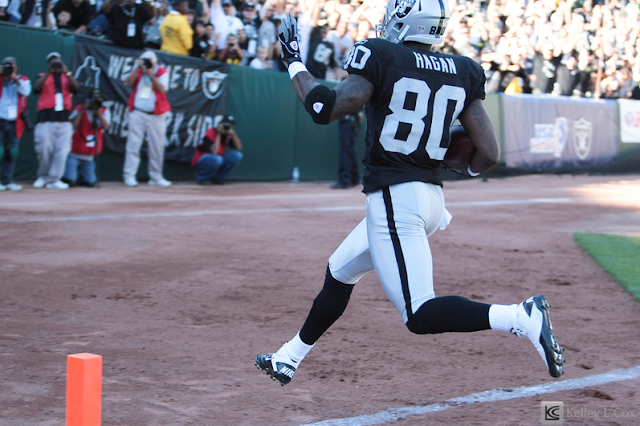 This worked out great for me because I'm supposed to send images after the first offensive drives of each team, nice that I could have touchdown photos in my first set, in addition to quarterback shots. 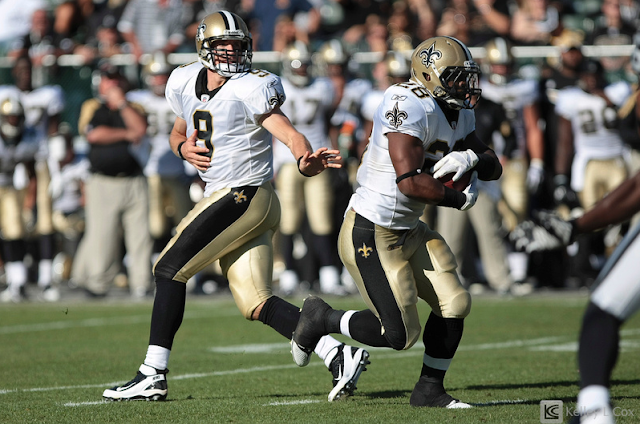 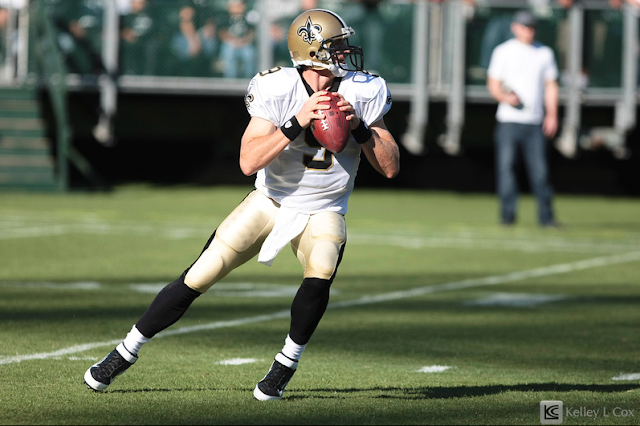 Back in the game Janikowski scored an impressive 57 yard field goal. If that is the range of your kicker and you still can't win games, you're in trouble. 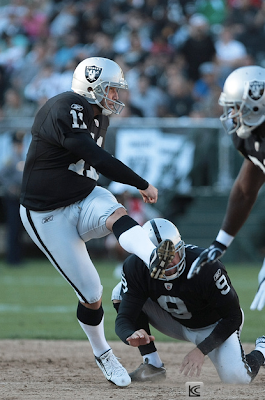 Saints did a lot of damage in the end zone, finishing the game 40-20. Back up quarterback Chase Daniel, celebrating after a touchdown and two point conversion. 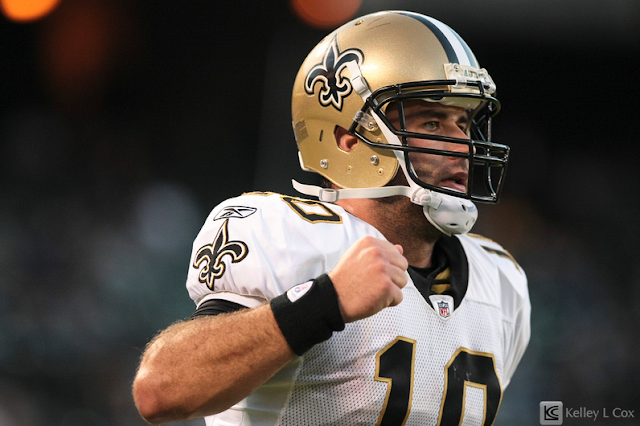 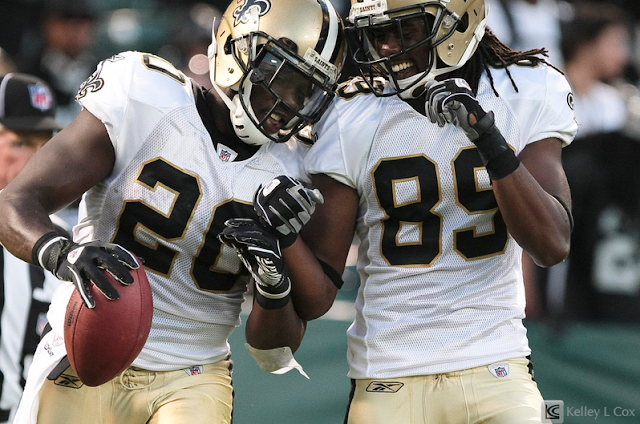 Though he certainly won't be beating out Drew Brees. 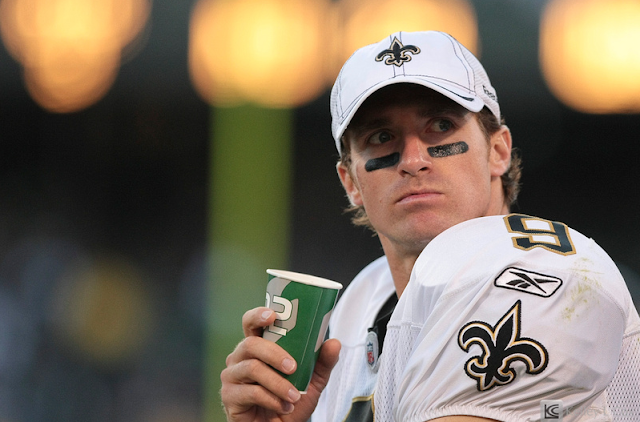 It was exciting to see Cal Bear Cameron Jordan in the big leagues playing defensive end for the Saints. 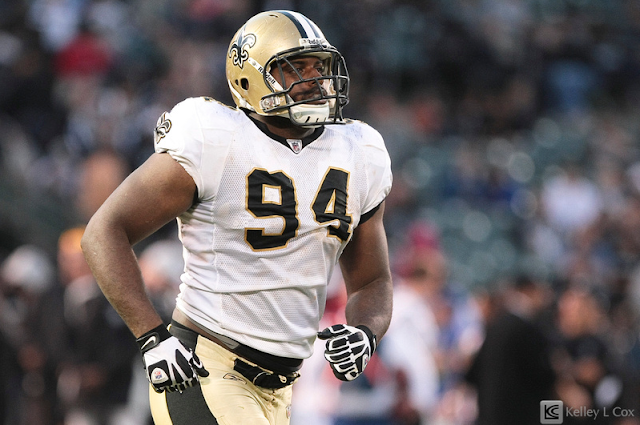 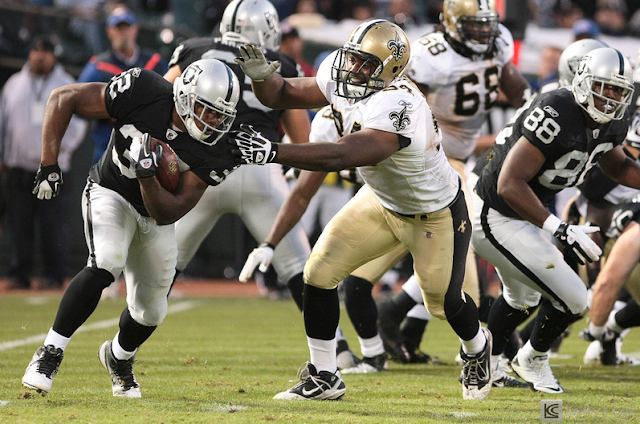 And of course had to get some cheerleader shots. 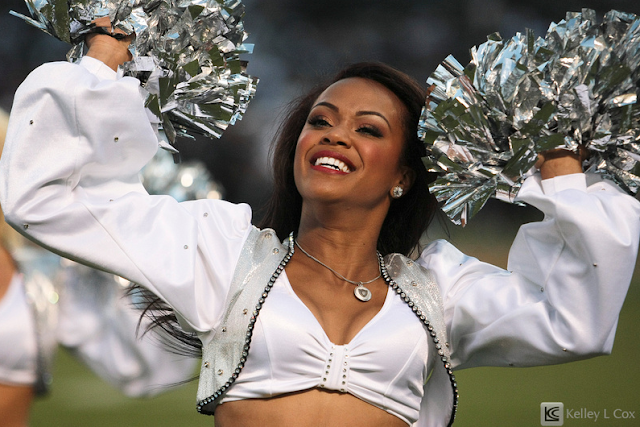 Also ran into a high school friend Tony at the game (far right) who had some pretty sweet seats. Always funny to think I'm hearing my name being called and have it actually be for me! 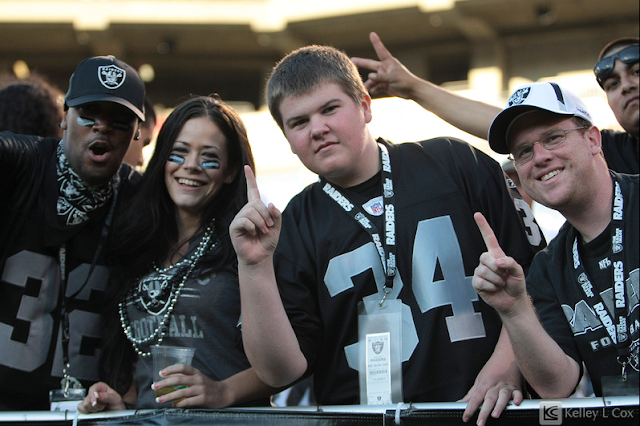 If you are my mother, stop reading this post now... if you are not my mother, check out this crazy photo of Montez Billings trying to leap over the cameraman! haha, gotta be quick on your feet! 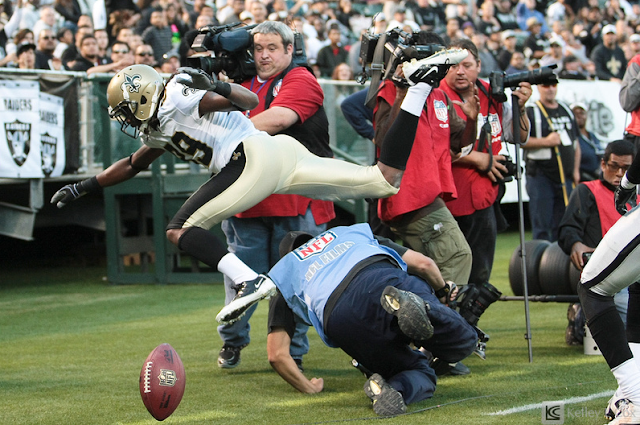 I'm not going to lie, after being totally wiped out from last game, I hit the gym to make sure I can keep up, running up and down the sideline carrying camera equipment equal to 12% of my total body weight, haha. And looks like I'm getting there since Tony got me smiling while running the sideline instead of grunting =)

To view the full set from fellow US Presswire photographer, Cary Edmondson, and myself go here