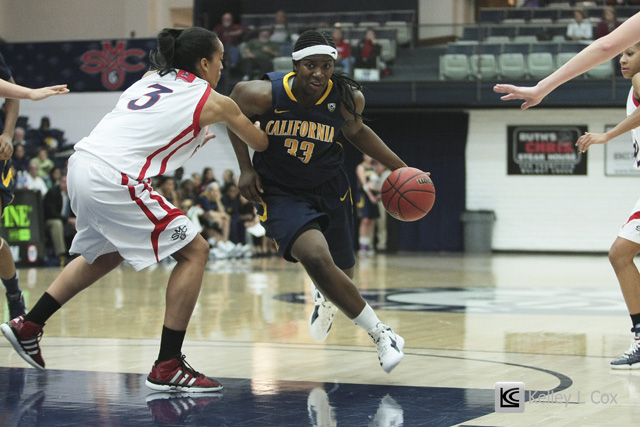 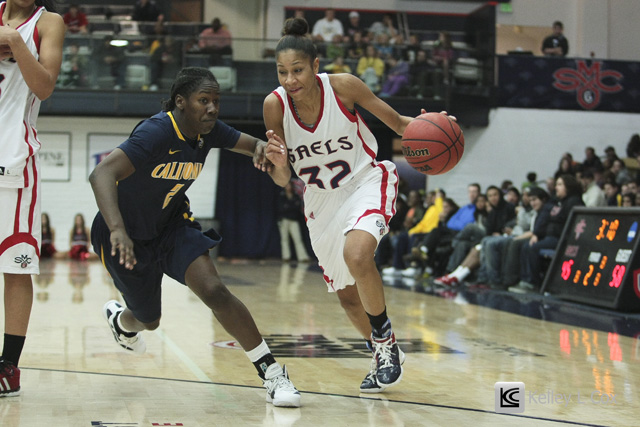 In a battled out game, the Bears defeated the Gaels 65-55. 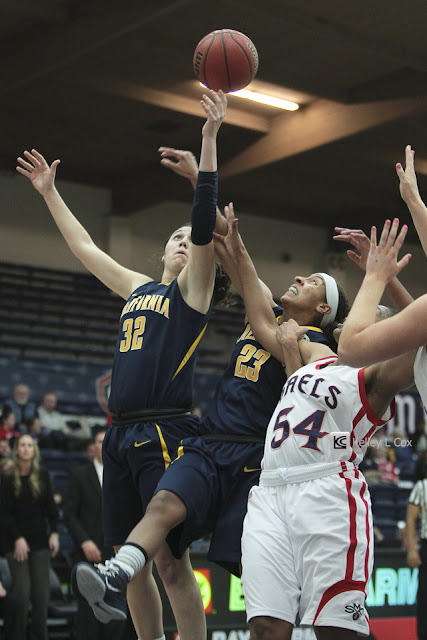 The Gaels were all over Brittany Boyd 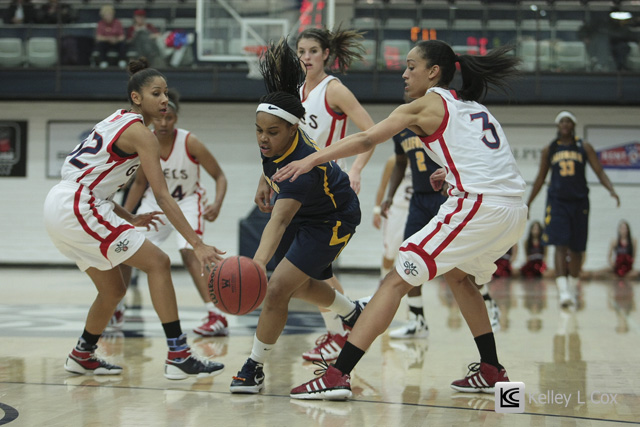 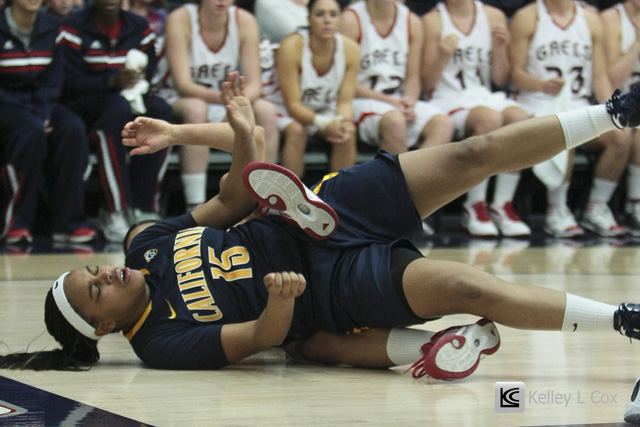 And apart from a questionable technical she got back up every time. 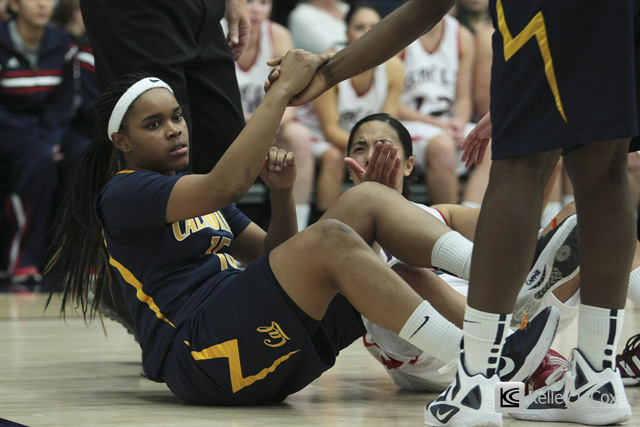 And still managed to put 15 points on the board. 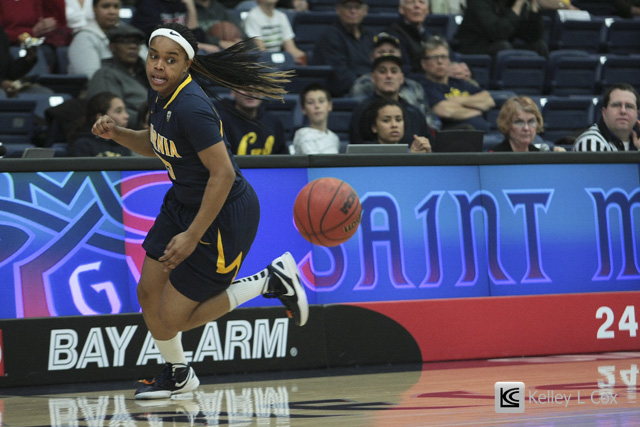 I remember my short basketball career, one season in elementary school. I really liked my purple Nike's but was afraid to get the ball because I wasn't nearly agressive enough to hold onto it. 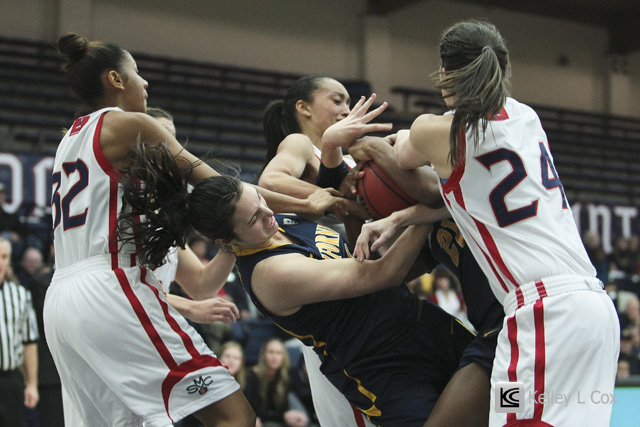 I think these girl's like it, because after this play, 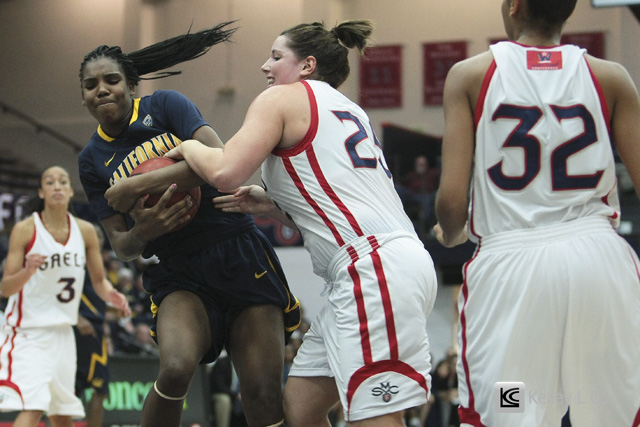 Reshanda Gray came out of the fray smiling, like "yep, I got it" 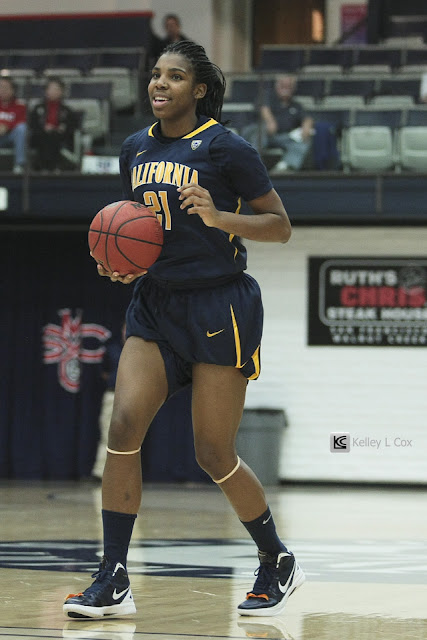 Sometimes you just gotta throw your hands up and hope you're stopping something. 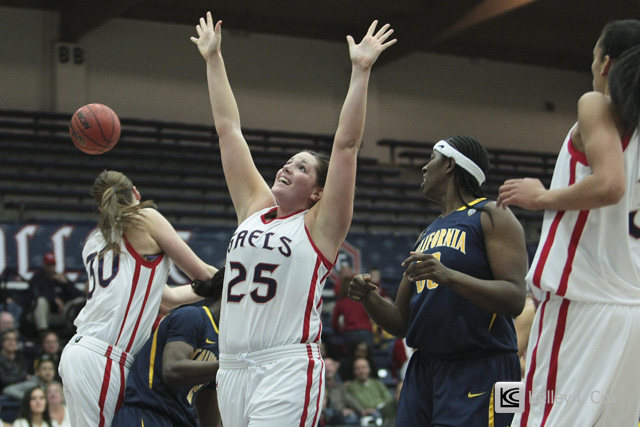 And Cal was putting on some heavy defense too. 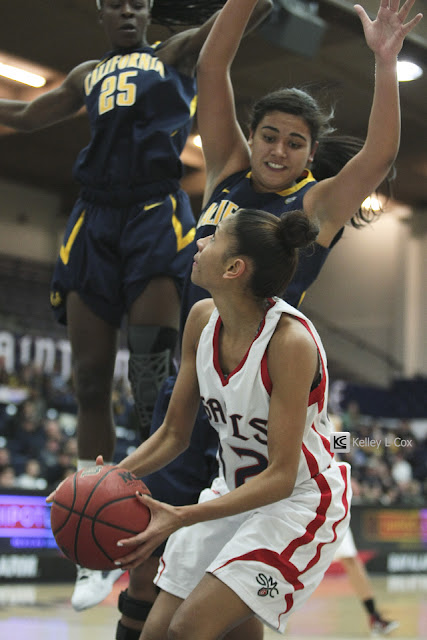 I love watching Eliza Pierre's intensity of expression. Lining up at the free throw line, giving the stink eye. 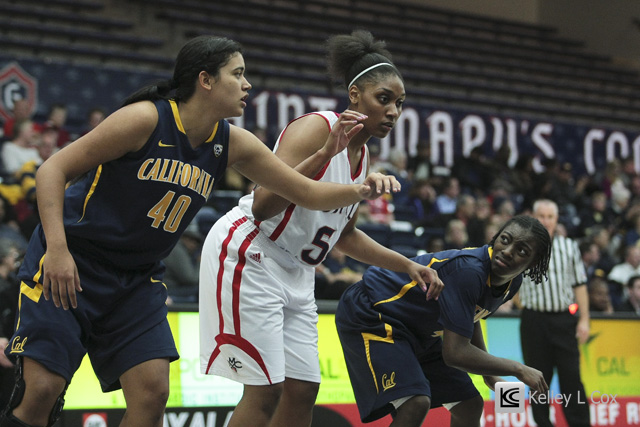 And then boxing out on the girl who's just about half a foot taller than her with the help of Justine Hartman. 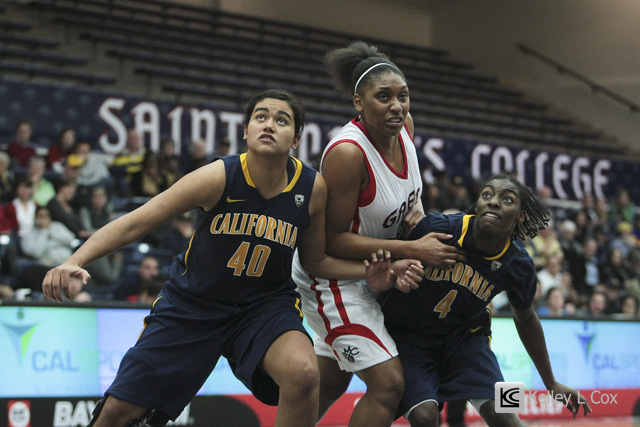 It's pretty impressive that with so many new players on the court, coupled with a new coach, the team has forged such great chemistry with each other. Maybe every win isn't pretty but it counts and 7-2 isn't a bad record at all. 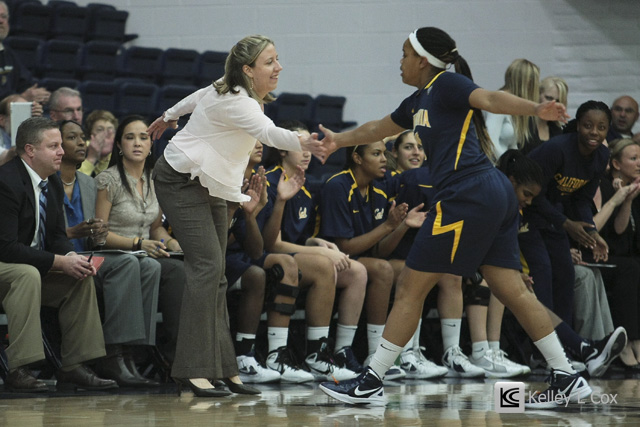 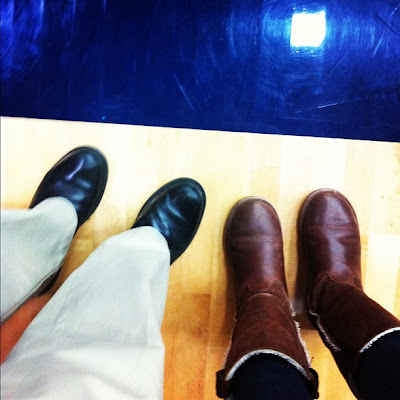