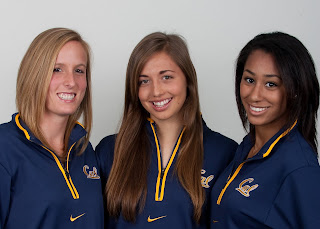 Headed over to Haas today to shoot track head shots, also arranged to do the make up baseball team photo beforehand.

Was lucky to get an F permit from the SID so I could park in the garage and didn't have to worry about time... though this did of course involve getting lost in the underground hallways between the garage, the RSF, and Haas Pavilion. Thanks to custodian Walter to happen to be around to help me find my way in... and later out!

Sync cord wasn't working again so couldn't take advantage of a high powered strobe to balance out and capture the awesome sky that was going on :-( 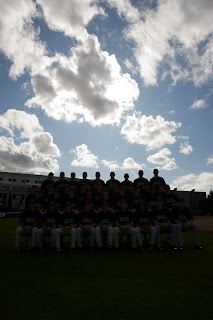 But still got a decent shot just using my 530EX II 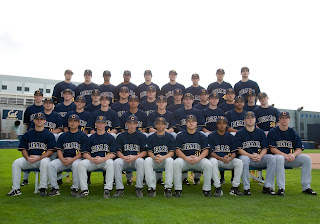 Track was easy breezy despite being almost 100 people. Set up in the press room and was just a little assembly line of head shots. Come in, check in with Herb to make sure he has bio, take head shot, out the door. 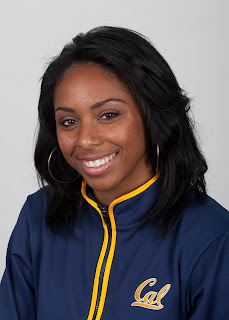 Of course, it can't be too much like a factory... no one gave me trouble but there were some goof balls. 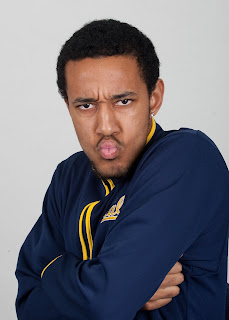 The girls wanted to take a shot together... tricky because my backdrop is tiny, but got it done. I like that the whole shoot wasn't ALL head shots. 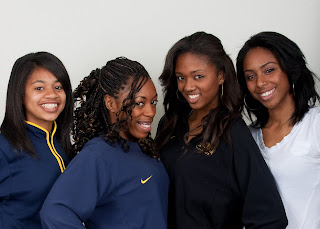 Thinking about all their events and fitness, now I feel like a really need to do more cardio at the gym!!

On a sad note was instructed to not post one of the athlete's head shots because of multiple stalker issues... such a shame that an athlete can't be like everyone else on the team, publicly proud of their athletic ability, because they have to worry about what creeps will do with their photos! People joke about stalking on facebook, but real stalking is NOT ok!!